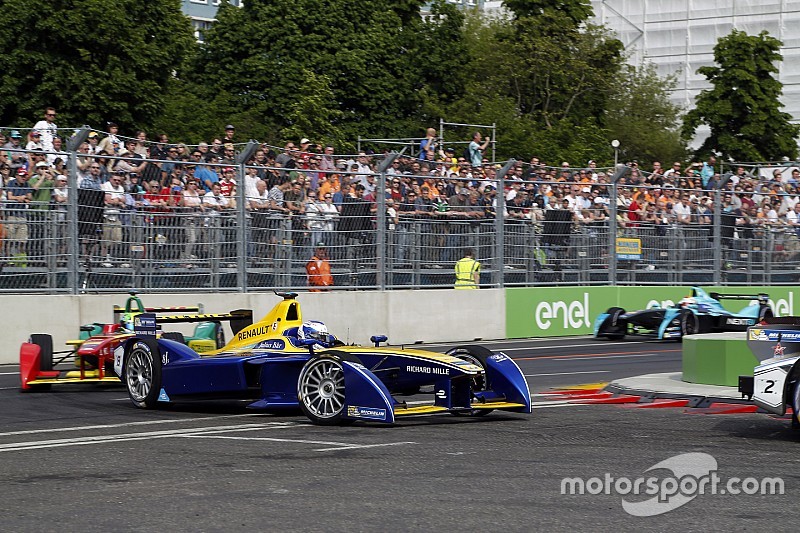 The concrete blocks used as crash barriers for Berlin's Formula E race on the Karl-Marx-Allee in May are being redeployed to protect Christmas markets in the city following Monday night’s terror attack at Breitscheidplatz.

The concrete barriers will also be used to protect public areas around the Brandenburg Gate ahead of celebrations there on New Year’s Eve.

Twelve people were killed, and dozens injured, on Monday evening when a stolen truck ploughed through the Breitscheidplatz Christmas market, veering off Budapester Strasse and smashing into stalls and Christmas shoppers.

Following a request from Berlin Police, Formula E immediately provided its four-metre long and one-metre high concrete walls to the city for redeployment, free of charge.

Each element weighs four tons, and was specially-designed to create the Berlin ePrix track layout, which switched to the city centre in 2016 following the inaugural race at Templehof Airport. The blocks have been stored in Kopenick, for future Formula E events in the city.

Since Wednesday, they have been positioned at relevant locations at Christmas markets across Berlin.

The police, the fire brigade, and the Berlin technical emergency service (THW) have handled the logistics and deployment of Formula E’s concrete blocks.

Ulrich Weingartner, Managing Partner at Gil und Weingartner – the Berlin ePrix event organiser – said: “We are directly in touch with the police department to assist with the organisation and handling of the barriers to various areas around Berlin. Formula E is working with us to provide the concrete barriers from storage free of charge to help protect the Christmas markets.”

Di Grassi: Formula E getting too big for drivers to twin with WEC