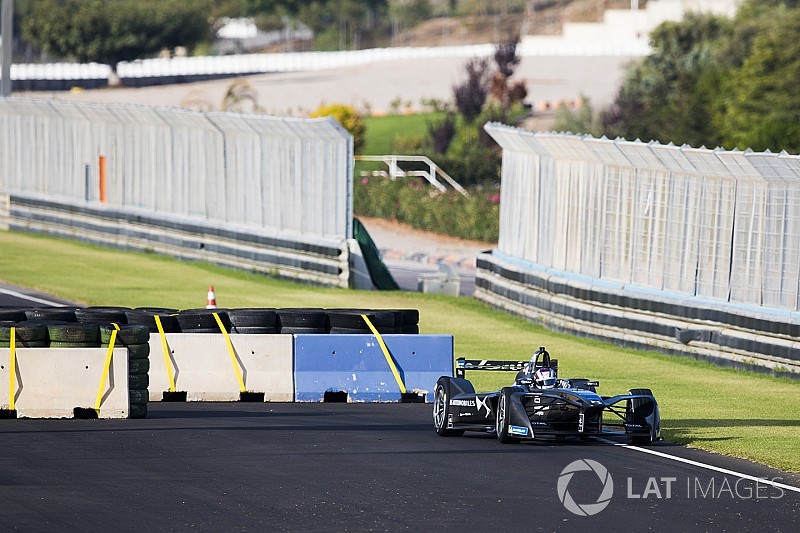 Formula E is adding a second chicane to the start/finish straight at Valencia after a crash and several complaints on the opening day of pre-season testing.

Ahead of the first day of running, a chicane was inserted three-quarters of the way down the main straight to reduce the speed entering Turn 1 and make the layout more like FE’s usual city-centre venues.

However, it created a high-speed approach to a heavy braking zone that drivers agreed was unlike any regular FE circuit.

DS Virgin driver Sam Bird was one of the drivers to complain about the chicane in the morning, and he later caused a red flag by crashing there in the afternoon.

Bird had also suggested to Motorsport.com that putting another chicane earlier on the straight would be a good idea because "the top speed is the issue".

The new chicane will be placed at the finish line, which will effectively split the straight into thirds.

It is understood to be the same design as the first, so will be made by staggering two concrete blocks, with tyres placed in front of them.

Sebastien Buemi, who said earlier on Monday it was “dangerous” to have the layout as it was then, said it was good that the series had listened to drivers’ concerns.

“We are arriving there at over 220kph,” he told Motorsport.com.

“You have run-off close to zero, and the track is maybe six metres wide. We risked destroying the car.”

Oliver Turvey set the pace on the opening day and said it was sensible because it removes an “unnecessary” problem to have in pre-season testing.

“It’s quite a high-speed entry when you’re coming into a tight chicane, and having solid walls approaching is not the nicest feeling,” the NIO driver told Motorsport.com.

“There is an escape road and I think you have to judge it, it’s about how much risk you take.

“But it’s a place you can do a lot of damage if you do it wrong. It is quite tight.

“With new cars you never want to go out there and damage them. Having a slower entry will help.”