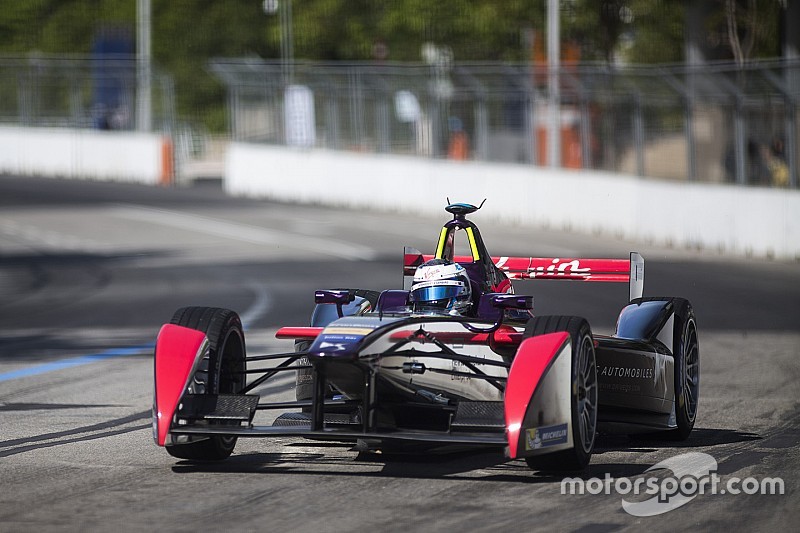 DS Virgin Racing secured their first podium of the 2015-16 FIA Formula E season in dramatic fashion, as Sam Bird defied the odds to storm through the field in Putrajaya.

After a strong free practice, Bird’s qualifying session was blighted by a heavy strike in corner three which pushed him down to a starting place of 14th position on the grid. The odds looked to be stacked against the 28-year old Brit, but a strong drive saw the team take a great second place behind race winner, Lucas di Grassi.

For Bird’s team-mate Jean-Eric Vergne, it was a frustrating day, as the Frenchman saw his race end on the opening corner, after a collision with Nick Heidfeld and Jacques Villeneuve.

Heading into the halfway point of the race, Bird was able to pit amongst the second group of drivers, putting him a strong position when re-joining the race in 9th place. After the changeover, Bird’s gutsy driving combined with efficient battery management saw him climb the field, once again demonstrating the impressive form that saw him secure victory in Malaysia last year.

With little over three laps to go, Bird took advantage of a coming-together between Loïc Duval and Robin Frijns, taking a perfect racing line to pass his rivals into podium contention. A suspension failure for Duval’s team-mate Jerome D’Ambrosio on the final lap gave Bird second place and moves him on to 24 points for the season after two successive point finishes and into third place in the overall Drivers’ Championship.

The result was made even more extraordinary by the fact that one of the charging systems to Sam’s car blew with less than an hour to go the race, forcing the DS Virgin Racing team to undertake an entire rebuild of the back end of the car under severe time pressure.

Speaking about his race, Bird said: “This really is one for the team! The boys at DS Virgin Racing worked incredibly hard to fix the problems we had in the immediate lead-up to the race. They were under huge time pressure not to mention having to work in baking hot conditions. We know that this Championship is about speed but it’s also about getting to the finish and we did that superbly today.”

Vergne said: “It’s really frustrating for my race to be over so quickly. I’m not really sure what happened, but I had nowhere to go into that first corner. I’m really pleased though for Sam and the team – it was a really great effort from everyone.”

DS Virgin Racing Team Principal, Alex Tai, said: “We are delighted to claim another podium here in Putrajaya after Sam’s victory last year. His tenacity together with the reliability of the DS drivetrain gave us a great result today. I’d also like to praise the effort of the entire team, who put in a huge effort to replace two car components shortly before the race.”

The team now moves on to Punta del Este for the Uruguayan ePrix on 19 December.

Nelson Piquet Jr. win the FanBoost vote and finish in eight at Putrajaya

Senna relieved to survive war of attrition in Putrajaya