Giovinazzi sustained an injured thumb after clashing with Antonio Felix da Costa in the Saturday race at the Seoul Sports Complex, and was thus ruled out for what could have been his final race in Formula E after a trying year.

Fenestraz, who had already been called up to the race as Jaguar's reserve late on as Norman Nato replaced the injured Sam Bird, was granted the opportunity to race the #99 Dragon despite no prior knowledge of the circuit.

Thus, the Franco-Argentinian driver was forced to learn the circuit and the car's systems in the space of about three hours before taking part in practice, ending the session last but just 0.035s away from Maximilian Gunther.

Fenestraz was further off in qualifying, finishing last in his group, but ultimately kept his nose clean in the race and finished at the back in 16th.

"Honestly, they called me at 6:30am and were like, 'come quickly' and I was still like opening my eyes!" recalled Fenestraz. "It was a tricky one, I was racing in Japan last weekend [in SUPER GT at Fuji] so I didn't manage to do any simulator work before the race.

"Everything was just in a rush. But about today, it was good. We couldn't expect much as everyone raced yesterday, and I didn't drive a Formula E car in a very, very long time apart from the Gen3 shakedown - but shakedowns are generally very few laps and you're not pushing.

"I didn't expect much, I know the team had a difficult year on that side of the garage without finishing many races, so I really wanted to just finish the race - also for me just to take experience.

"Also with qualifying, putting the lap together with so little experience is difficult. I had a few little mistakes in the lap which cost me a few tenths." 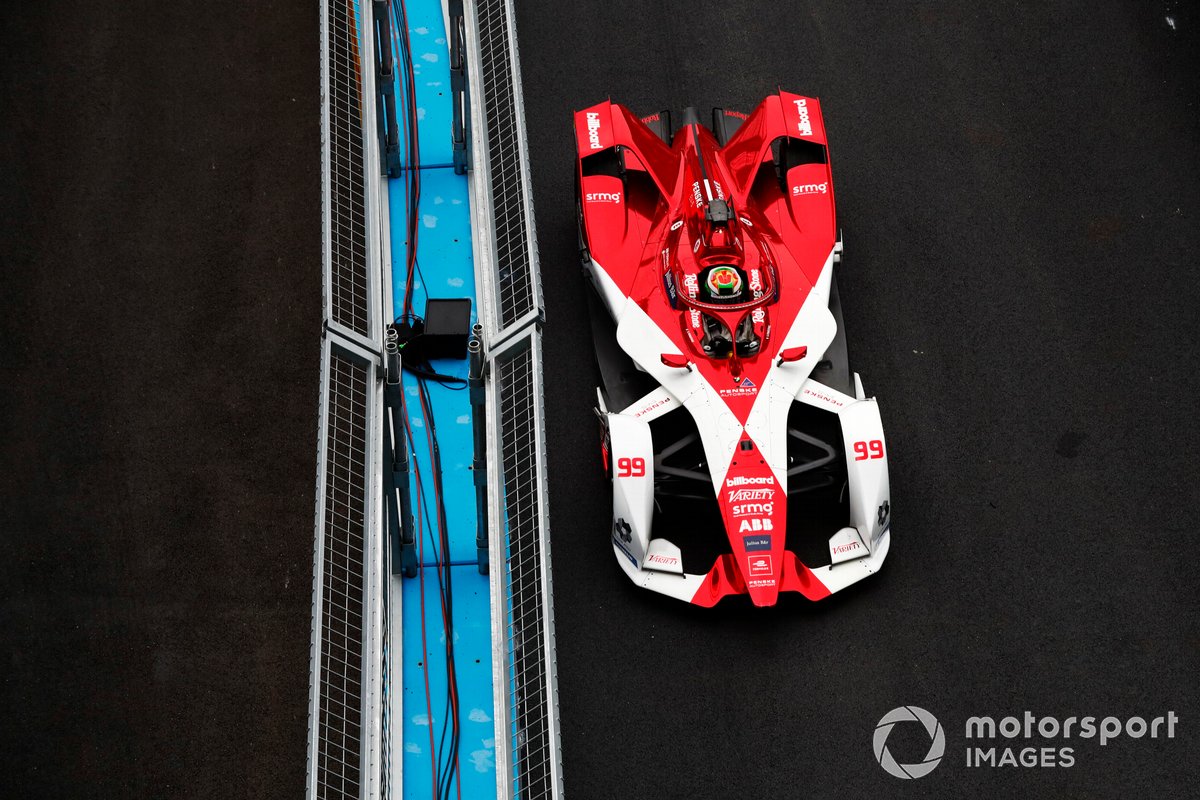 Explaining the speed at which he had to get his head around the Dragon's systems, Fenestraz says it was tough to take all the information on board in such limited time - and "was studying more than I ever studied in school".

He also acknowledged the difference between the slick tyres he races on in Japan and the all-weather Michelins of Formula E, which meant he had to adapt his driving.

"The safety car came up which kind of helped us to be honest, because I was really struggling with the rear tyres, degradation was massive.

"But it makes the car nice, that's why it makes the battles and the qualifying so interesting and everything, but it's a very different car to what I'm used to.

"I was studying more than I ever studied in school! I honestly haven't studied this much for many years, I was just trying to put all the information on board in my head and try my best.

"But it was a tricky one because as I said, this morning they called me up pretty soon and I was at the track, but had to focus on the pedal set but then also learn the steering. I think I will sleep pretty well tonight."