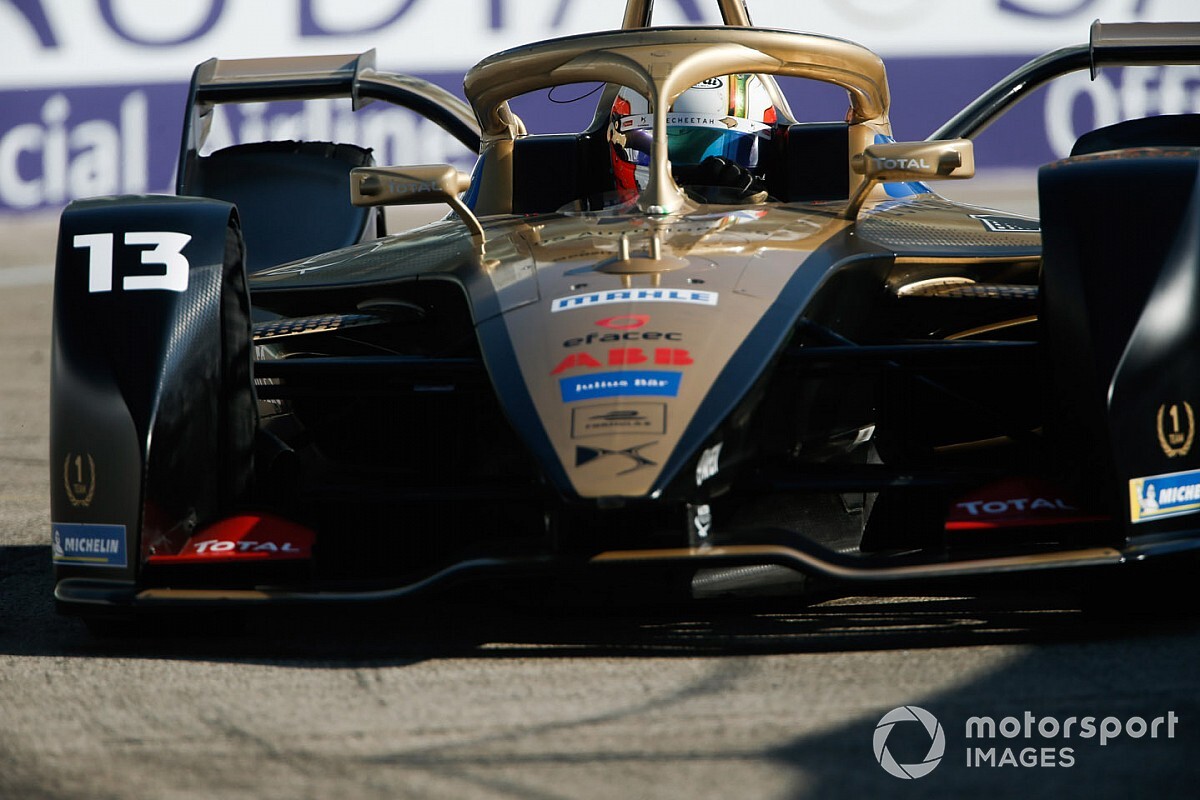 Antonio Felix da Costa has explained the out-lap gaffe that meant he and three other Formula E champions did not set a qualifying time for the fifth Berlin race.

The latest FE title winner was late to leave the garage for the group one shootout between the top six drivers in points, along with DS Techeetah teammate Jean-Eric Vergne, Nissan e.dams driver Sebastien Buemi and Audi’s Lucas di Grassi.

Held up initially by Maximilian Gunther as the BMW Andretti pilot tried to find tack space behind Jaguar’s Mitch Evans, the four champions all failed to post a time when they crossed the line after the session had ended.

After being permitted to enter the race by the stewards, da Costa will start 21st ahead of Buemi, with di Grassi and Vergne on the final row of the grid.

Da Costa said: “No one wants to be first [on track] in that first group because the track just keeps getting better and it’s that sensitive.

“But the two guys in front [Guenther and Evans], they decided to make our life harder and slow down and they’re entitled to do that.

“Obviously, once I understood it was too late I had two cars next to me.

“Lucas even hit me quite hard. It was too late at that point. I honestly don’t know what to say.”

Di Grassi received instructions that he had to pass da Costa in order to make the line in time, which led to the two cars colliding on exit of the Turn 15 hairpin on the extended Tempelhof Airport circuit.

Da Costa added that he felt “horrendous”, and that his team had already informed him that he was out of time.

When asked about accusations from Audi that da Costa had blocked di Grassi, he said: “That’s not what happened at all. They could have passed me if they want to.

“I was doing my speed of out-lap and then obviously into the last sector I understood we were definitely too late because I just had a call there.

“Once I tried to speed up I had two cars next to me. I just got the information a bit late. It’s a horrendous feeling.”

Audi team principal Allan McNish reckoned that Vergne and da Costa had been “playing around”.

The three-time Le Mans 24 Hours winner said: “Effectively, we knew we were very tight making it round in time, but that’s what you need to do to get out of group one and get a good track position because of track evolution.

“However, it appears we knew significantly before anyone else that it was too tight so [di Grassi] was pushing to get past but through in the middle sector you can’t because it’s one line.

“Coming down to T15, the two Techeetahs were playing around and [di Grassi] was blocked behind them. "Everyone lost out in that particular game.”