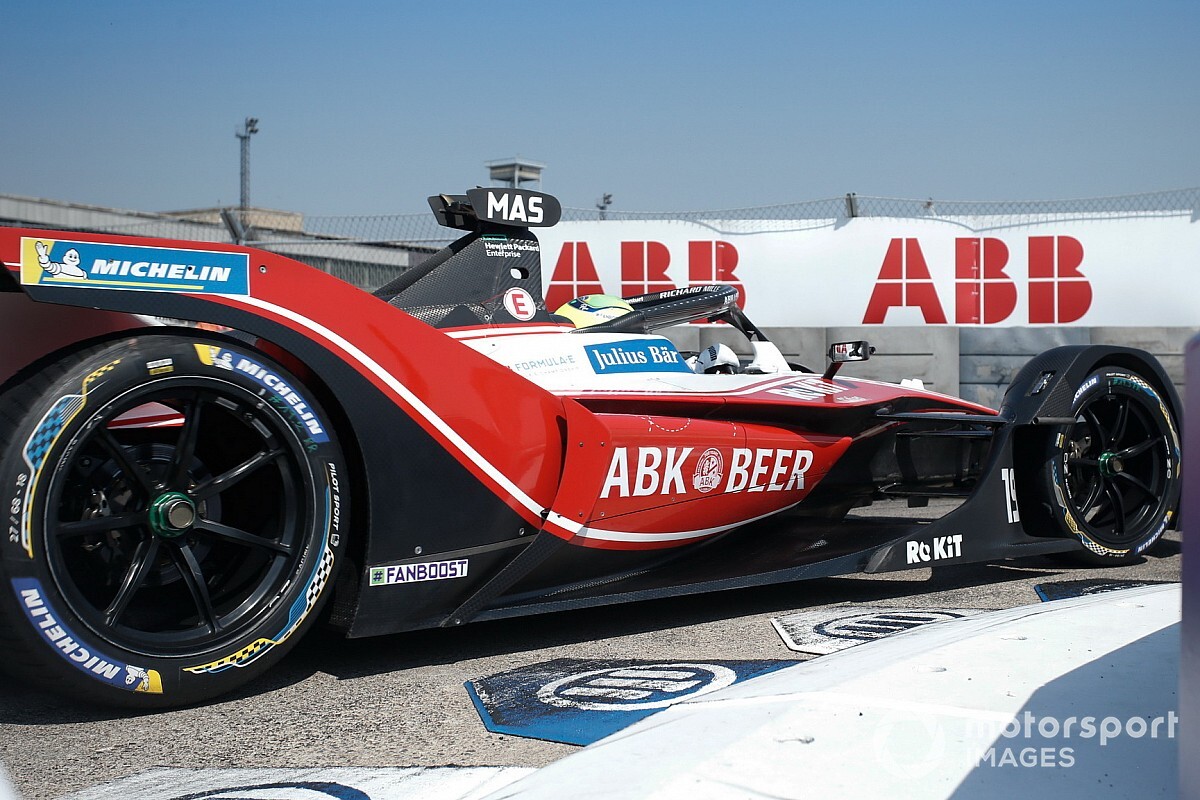 An angry Felipe Massa says he doesn’t understand the “inconsistent” Formula E stewards and has criticised his Venturi Racing team for mixing up its Berlin E-Prix strategy.

The 11-time Formula 1 race winner was handed a drive-through penalty in the third FE race in the German capital after he was apportioned blame for spinning Lucas di Grassi at Turn 1.

Although di Grassi was ahead, he was on the outside line and appeared to turn across the nose of Massa’s car, at which point the two collided in their battle for 10th. This followed a similar incident between di Grassi and Jean-Eric Vergne in the final laps of the Wednesday race, when the Audi driver turned around the reigning champion but escaped without sanction.

Massa, who had been running in sixth before his drive-through penalty, said: “I'm fighting, I am inside and [di Grassi] was trying to pass me – I was not driving into him. So, to be honest, I don't understand why I had the penalty for that.

“I even told him sorry if I did anything wrong, but I am not so sure if I did something wrong. Also, if you compare to what he did a few races ago it is inconsistent. This is the problem [in FE], it's inconsistent.”

The Brazilian also called out his team for confusing its strategy after a safety car – called when Dragon Racing’s Serge Sette Camara suffered a terminal drive failure and was hit by Neel Jani’s Porsche.

The incident cut the race distance by down to 35 laps, rather than a theoretical 40, and Massa reckoned the team did not amend its energy consumption calculations accordingly.

“The strategy has been not good at all in the race. And then, I pay the drive-through and four laps after we came back to the 35 laps.  So you can imagine that the strategy today, we didn't follow the right direction.

“We need really to understand what to do a better strategy.”

Di Grassi defended his role in the contact with Massa, saying: “He spun me round by hitting my rear wheel with his nose. I think the rule is pretty clear, if you spin someone from behind you must get a drive-through.

“So I think the race director did the right job. [Massa] didn't need to do that also, because I was with attack mode. In a situation like this, it's a much more strategic move to let the guy by and then try to use attack mode… and not fight without any reason.

“You end up over-consuming or causing an incident and then it's damaging for both [people’s] races.”