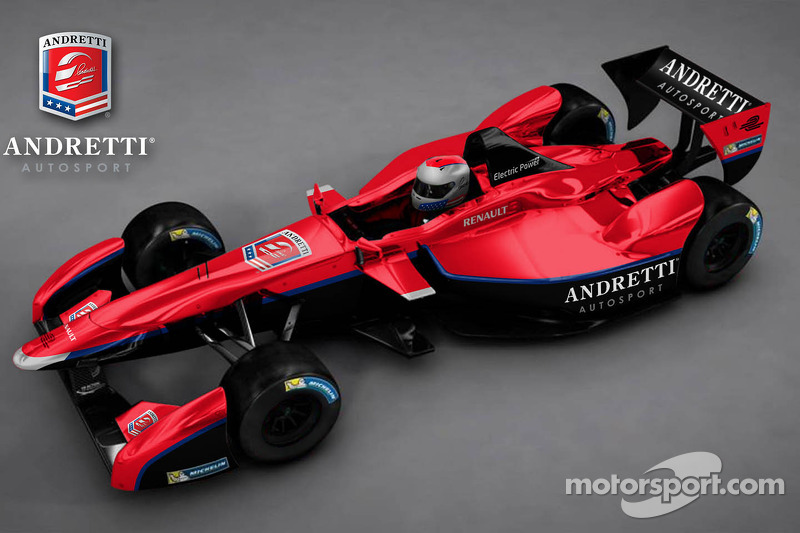 The alliance will allow both organizations to collaborate on initiatives to advance and promote the use of electric drive technologies in mainstream application.

INDIANAPOLIS - Andretti Formula E is further dedicating its commitment to sustainability in motorsports and the automotive realm through a strategic alliance with the Electric Drive Transportation Association (EDTA). In addition to integrating Andretti Formula E with other EDTA member companies, the alliance will allow both organizations to collaborate on initiatives to advance and promote the use of electric drive technologies in mainstream application.

"The opportunity for EDTA and the GoElectricDrive Foundation to join forces with one of the most prestigious and successful organizations in racing history is an important milestone for the electric drive industry, and for the future of sustainable transportation across the United States," said EDTA President Brian Wynne. "The Andretti Formula E Team's adoption and support of electrified automotive technologies illuminates the performance capabilities of electric drive for consumers, and will deliver the message of sustainability and energy security through the thrill of racing."

In addition to the EDTA alliance, Andretti Formula E has named GoElectricDrive to its list of official charity initiatives. The GoElectricDrive Foundation, 501(c)(3) nonprofit education organization established by EDTA, strives to enable and accelerate the mass-market adoption of electric vehicles. By educating the market about electric drive, GoElectricDrive is working to further the cause of environmental sustainability, economic growth and energy security.

"I'm thrilled to have this relationship with EDTA," said Michael Andretti, racing legend and team owner of Andretti Formula E. "As an association of leaders in the electric drive industry, it provides a great platform to work with EDTA leadership and EDTA members on initiates advancing our Formula E program while supporting the goals of EDTA and GoElectricDrive."

The EDTA will head to Indianapolis, home of the Andretti Headquarters, May 19-21 for the 2014 EDTA Conference and Annual Meeting. This premier annual event for companies and industry professionals representing the entire electric drive value chain will see representatives from Michael Andretti's Formula E team as presenters.

The FIA Formula E Championship goes green this September with the opening round in Beijing, China.