The Venturi Racing driver was forced to complete his flying run in the normal 200kW power mode rather than the typical 250kW used for a qualifying session.

This was the result of the ‘scenario switch’ on the standardised FIA steering wheel failing and locking into place. Mortara enters the double-header event in the Red Hook region with a defined 10-point lead over the chasing Envision Virgin Racing driver Robin Frijns.

But he will start the opening race from 24th and last on the grid, having lost 1.6s to his fellow group one rivals.

The Swiss driver explained: “The physical switch got blocked in between positions and I cannot move it for some reason. It was physically blocked. It's something that never happened to us in four years.

“We tried to go to the qualifying mode, and we couldn't. It was a pretty obvious and stupid problem.”

This separates the incident for the Mercedes customer car from the qualifying mode glitch that dropped Silver Arrows works driver Nyck de Vries to last on the grid for the Monaco race. 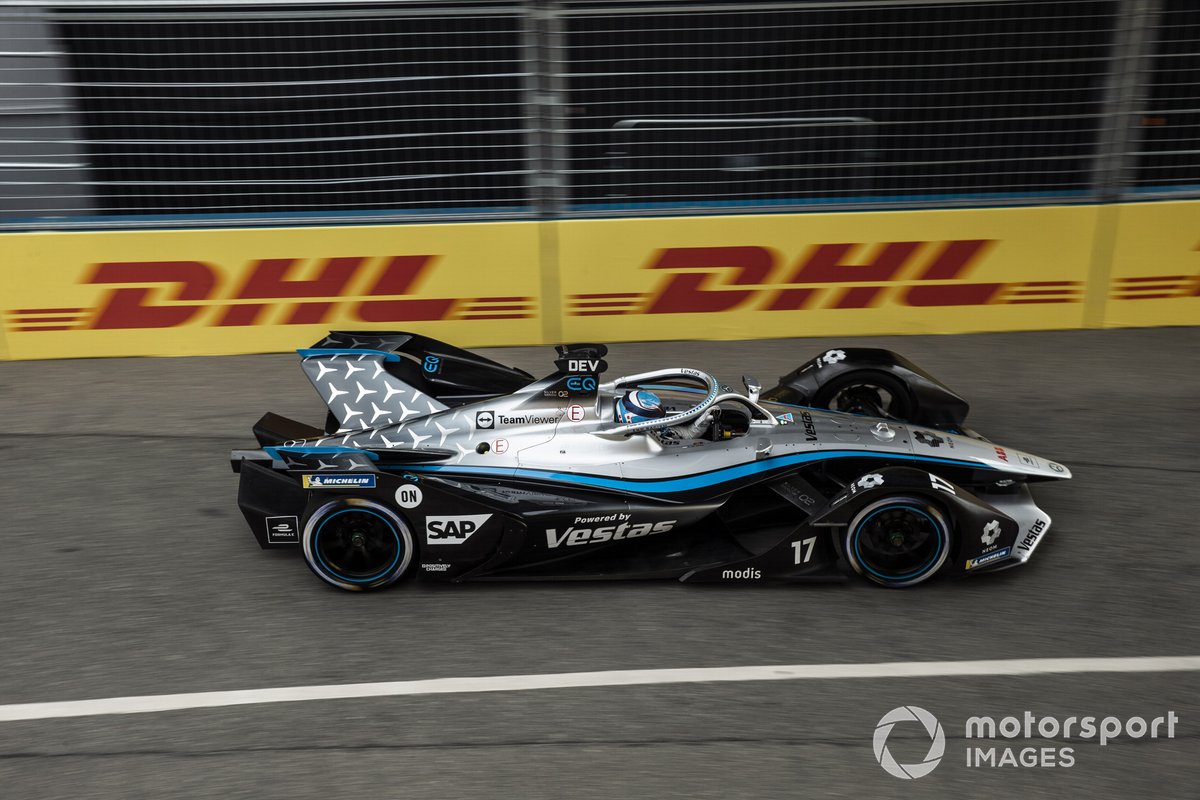 De Vries also had to set the bulk of his flying lap in the regular 200kW mode, but this came as a result of the 2019 FIA Formula 2 champion knocking the scenario switch after he hit a bump.

With it taking 30 seconds for the car to switch modes again, de Vries ran slowest in qualifying but for the next Puebla race Mercedes introduced a software upgrade to prevent the same issue from reoccurring.

This software update was also given to both customer Venturi Racing cars.

The stewards have decided that no further action will be taken against Mortara, the six-time Macau race winner having held up Audi driver Rene Rast, who ended qualifying in 23rd.

An FIA bulletin read: “The driver could not switch to the 250kW mode for his fast lap.

“It could not be proved that the driver impeded the other car unnecessarily”.

Similarly, neither Sam Bird nor Oliver Rowland have been reprimanded for their tangle that forced the second group qualifying run to be red flagged.

But Rowland spun when he tagged the high inside kerb and the car rotated to pinch Bird against the outside wall.

Sebastien Buemi ends an eight-season association with e.dams in Formula E next season to partner up with Envision Racing. The 2015-16 champion hasn't had an easy run in recent years, but his new surroundings could well be what he needs to convert his burning ambition for more title success

Formula E looks set to achieve its long-held ambition of holding a race in Japan after reaching a preliminary deal for an E-Prix to be held in Tokyo in 2024.