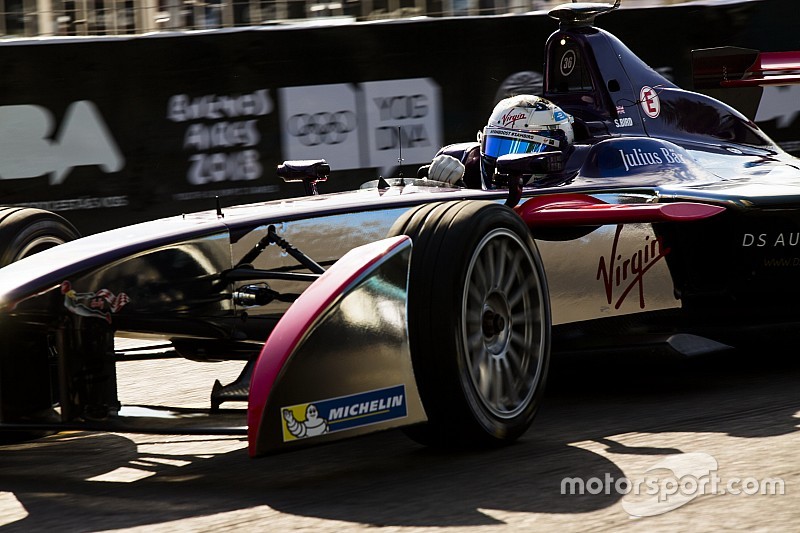 The Anglo-French team took victory in only its fourth race since being rebranded as DS Virgin, as Bird soaked up enormous pressure from a charging Sebastien Buemi to seal the win.

His win takes the Briton within 28 points of championship leader Buemi, but Tai has urged his team to keep its feet on the ground:

"I want to set realistic goals - if you don't do that, it gets dispiriting for the team," Tai told Motorsport.com. "Before we came here I thought we could fight for a podium, but we did much more with pole and the win.

"If we make less mistakes than the others guys do then we get a good shot at it and that is what we did. Lucas [di Grassi] and Seb [Buemi] were just far enough back. Sam was superb this weekend, a complete star."

Tai also believes that a concerted push from both the DS and Virgin camps has paid off since a difficult start to the season in Beijing last autumn.

"This is a win which came from a lot of hard work from a really dedicated bunch of mechanics and engineers, so I'm delighted," he said.

"The car we found so difficult to race in Beijing is exactly the same car we raced here, because it is homologated.

"Through our hard-working engineering team and the injection of steroids from DS, we have left no stone unturned, so we know that this effort has paid some great dividends."

"Having Xavier's input too has been crucial, as he is one of the best engineers and leaders around," said Tai.

"He was given to us directly by [PSA chairman] Carlos Tavares, which shows the scale of the support from the PSA Group."