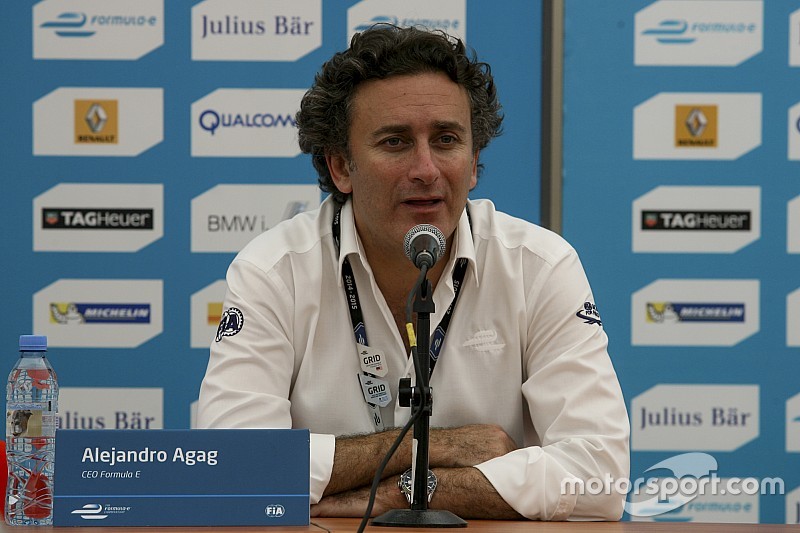 Agag, in partnership with investment company Kinetik, announced the plans for Roborace - a driverless support championship for Formula E that will see cars race without any remote input or control - on Friday.

But while he reckoned driverless technology was the future of the automotive industry, Agag said that motorsport would not be fazed out by the advancements.

"This is totally different, radically different," he told Motorsport.com regarding the Roborace project. "This is not a challenge for motorsport. We don't know if this is motorsport or not.

"There are still horse races - and we go by cars in the cities. So I think motorsport is here for the long term, the long run.

"I think people will always want to see human beings race each other - since the time of the Romans or before we've been seeing that. And we will see that in the future.

"But this is a different kind of challenge. This is an invitation to companies to really raise to the challenge and put their technology on a platform that will show that driverless technology can race in extreme conditions."

With Formula E having faced a fair bit of backlash since its inception, Agag admitted that Roborace was likely to encounter intense opposition from some parts of the motorsport community.

"We expect a reaction, that's what we like," he said. "We like to create controversy and we like to put things out there that are revolutionary.

"And this is clearly revolutionary. Some people don't like revolutions but they usually stay behind."

Mahindra Debrief: How they fared in Beijing and Putrajaya