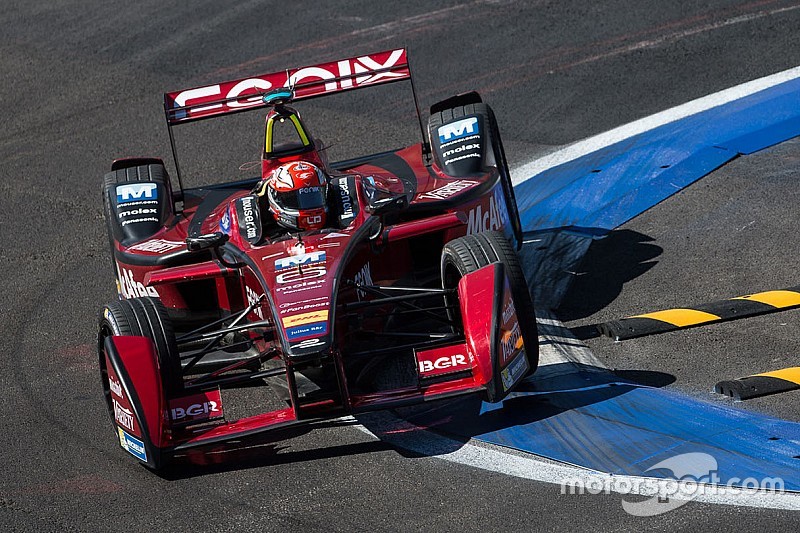 Dragon Racing has announced an unchanged driver line-up for season three of Formula E, as it retains Loic Duval and Jerome d’Ambrosio, as well as an extensive new partnership with automotive firm Faraday Future.

Duval and d'Ambrosio have raced at Dragon ever since the Miami round in season one, with Duval stepping in to replace Oriol Servia after four races.

Both have occasionally challenged the established top teams - Abt, Renault e.dams and DS Virgin - in season two, with d’Ambrosio winning the Mexico City ePrix in March. He also won the Berlin race in season one.

Duval, who combines his programme with a full WEC campaign with Audi, has so far been outscored 64 to 48 points by d’Ambrosio this season.

The US-based, Chinese-funded company Faraday Future, which specialises in electric and automated mobility, will be the technical partner and sponsor of Dragon Racing in season three.

Motorsport.com understands that the deal is a significant multi-year investment, and is likely to be the largest single independent team partnership deal in Formula E history.

Dragon, owned by Jay Penske, has been working on reaching a partnership agreement with Faraday Future since the early spring when it appointed former Team Aguri commercial chief Keith Smout.

The Canadian is one of the driving forces behind the deal to get it over the line in time for the start of season three.

Faraday Future was established in 2014 and has a base in Gardena, California. The company recently appointed former Ferrari F1 chief Marco Mattiacci as Global Chief Brand and Commercial Officer.

The company is building its first manufacturing facility in northern Nevada, and will build a range of next generation EV and autonomous vehicles. Earlier this month, Faraday Future was granted a licence to test self-driving cars in California.

Earlier this year Faraday Future unveiled its FFZERO1 concept car, which was designed by a team that included former BMW designer Richard Kim.

Last December, Motorsport.com revealed that Dragon would become its own manufacturer in season three after a year of running Venturi machinery.

The Frenchman has put together Dragon Racing’s season three package. which was shaken down for the first time this month with d’Ambrosio at the wheel.

Speaking to Motorsport.com at Paris in April, Mauduit said: “Everything is coming together well and on schedule. The solutions we have for season three look good.

"I think that season three will see everything close up a bit, and there will be even more close competition throughout the whole grid.”