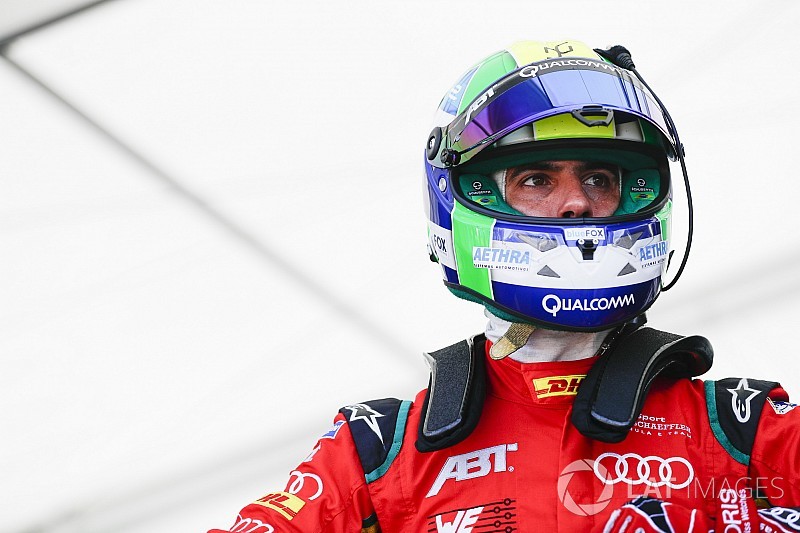 Lucas di Grassi will be fully recovered and fit for the crucial New York ePrix next month, the Formula E championship contender says.

The Brazilian, who currently sits second in the standings, 32 points behind leader Sebastien Buemi, had a successful operation on his broken right fibula last Thursday in Sao Paulo.

He was forced to sit out last weekend's Le Mans 24 Hours, which he was due to contest with the AF Corse Ferrari GTE squad, but has declared himself on course to be back in action in New York.

"I am recovering well and I am walking normally but have been told to walk as little as possible for the next week. But I should be back to 100 percent within two weeks," di Grassi told Motorsport.com.

"I already feel better than I did in Berlin when it was fully broken. Now the bone is back in its proper place after the surgery and I feel OK. I will be at New York for sure, no problem."

Di Grassi picked up his ankle injury while playing in a charity football match at Stamford Bridge, home ground of the Chelsea Premier League football club, on Tuesday June 6.

He managed to get through the Berlin ePrix weekend without major problems, picking up 33 points over the two races - eight more than Buemi, who lost 10 points due to disqualification for a tyre pressure infraction in the first race.

"After the Sunday race [in Berlin] I was in a lot of discomfort and then I flew to Le Mans and it was worse with big pain," continued di Grassi. "My foot was becoming more blue so the doctor did an x-ray and see what is going on, because I believed it was just a ligament damaged.

"The medics advised me to align the bone back and if this is not done immediately there could be problems later on. It was not a good situation to leave my team like this at the last minute, but it was best for everyone we made the decision straight away."

Di Grassi believes that although Buemi is scheduled to miss the inaugural New York Formula E event next month, he is not nailed on to surpass his rival's points tally before the season finale in Montreal at the end of July.

"You never know what can occur in Formula E," said the Abt Schaeffler Audi Sport driver. "If Seb is not there I could have a tough weekend and he goes to Montreal with an advantage, or I could win both races and have an advantage myself.

"We will see, but for sure if he misses the races it will make things interesting. But don't forget he has dominated this year really so the initiative has been his for most of the season."