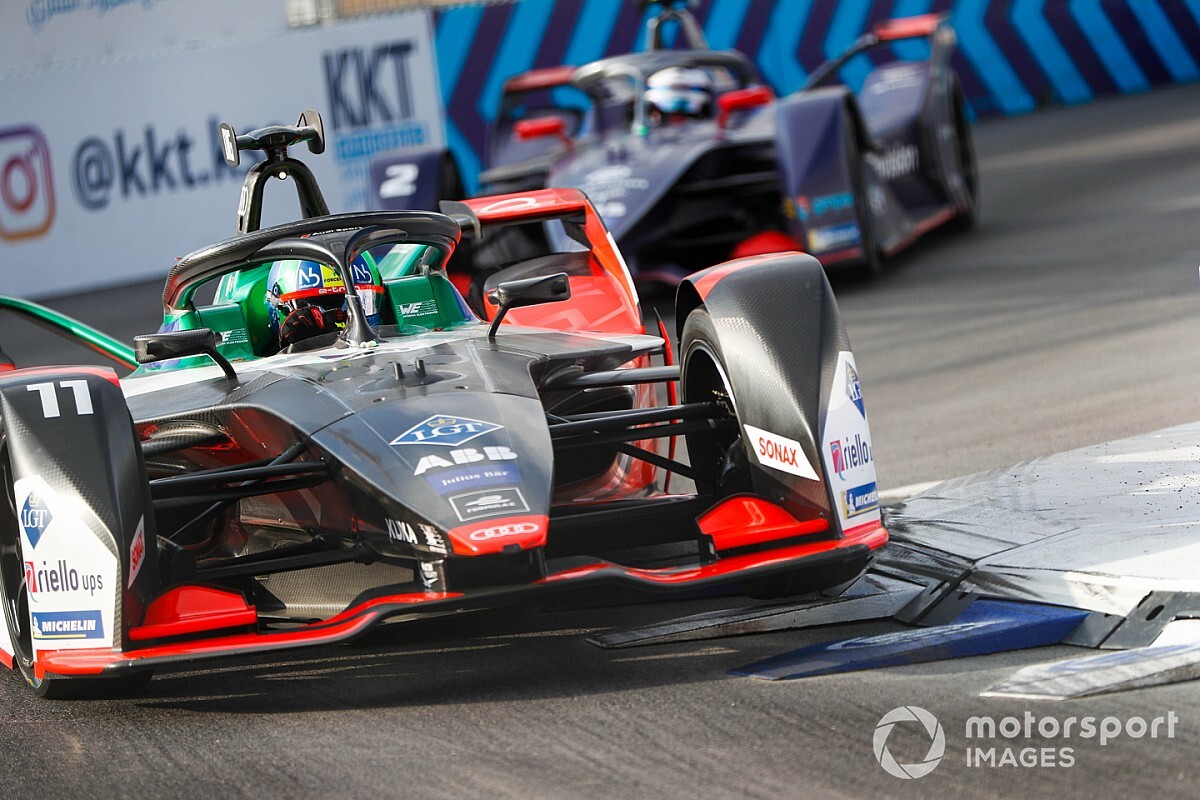 Lucas di Grassi says that his Audi team’s decision to "flip his car overnight’"contributed to his first podium finish of the season at the second Diriyah Formula E race.

Di Grassi finished a lowly 13th in the first race, having struggled to make significant inroads from 19th on the grid after being stuck in the first qualifying group.

But an overnight change in set-up, paired with a berth in the third qualifying group, meant di Grassi could take greater advantage of the evolving street course in Saudi Arabia.

The Brazilian driver converted his third-place grid spot into third in the race, which became second after Maximilian Gunther’s time penalty for overtaking under yellow flags.

“We flipped the car overnight to try to find performance yesterday where we struggled a lot," explained di Grassi.

“Even in the race, we didn't have the pace but today was much better in the race. In the end, the race we had a good pace, we're saving the energy.

When asked by Motorsport.com what kind of work Audi’s overnight changes entailed, di Grassi refused to be drawn on the specifics - but suggested that it covered a range of suspension set-up changes.

“I cannot go into a lot of detail of course,” di Grassi told Motorsport.com. “You work on anything from suspension geometry, springs, anti-roll bars, ride height, if you are expecting certain performance [which] is not there.

“It's not like F1 or LMP1 where you have Friday night to analyse data, Saturday. Everything [in Formula E] happens very quickly, so if you have something wrong with your car, it's very hard to find.

“So we took a chance, we tried stuff that we thought would work today and from FP3, so from this morning we're already much faster.

“So that shows that with the same car you can find a lot of performance going from one race to another.

“We managed to put it in the right direction today, we're relatively quick, not the best car on the grid of course, [but] much better than yesterday.”

Massa has no explanation for starting grid error