Lucas di Grassi says he is feeling a mixture of emotions after claiming victory on Audi’s final Formula E weekend as a full-blown manufacturer in Berlin.

The Brazilian driver overhauled the front row-starting DS Techeetahs of Jean-Eric Vergne and Antonio Felix da Costa and then fended off Venturi driver Edoardo Mortara to claim his second win of the 2020/21 season.

The result comes ahead of Audi’s departure from Formula E following Sunday’s finale at the same venue, having announced in December last year that it would leave the championship along with fellow German manufacturer BMW.

Audi has maintained a presence in FE since the inception of the championship as a partner of the Abt Schaeffler team in 2014, before gaining full works status in 2017/18.

The powertrain it is running in 2021 is the first to be developed entirely in-house by Audi, and it will live on in Formula E next season thanks to the extension of the marque’s relationship with the Envision Virgin customer team.

Asked how he felt after claiming a 12th career victory with the team he had been driving for in his seven seasons in Formula E, di Grassi - who is linked to a move to Venturi next season in place of Norman Nato - said: "First of all, it's great to be back in Berlin and what a championship we've had this year and I'll miss [driving for Audi in] this championship.

“We had since the beginning the news that Audi was going to leave Formula E. For me it was very sad because after seven years with the team, you are kind of being forced to end the relationship, which you don't want to end because we've been so successful together.

“So this weekend is a mixture of sadness because Audi is leaving. But anyway we had so many victories, so many emotions together, with Abt as well - actually more with Abt than Audi but both together, and today was a very special victory.

“We can say that we are still successful and still won together. It's a big mix of emotions and it still hasn't sunk in yet 100%.” 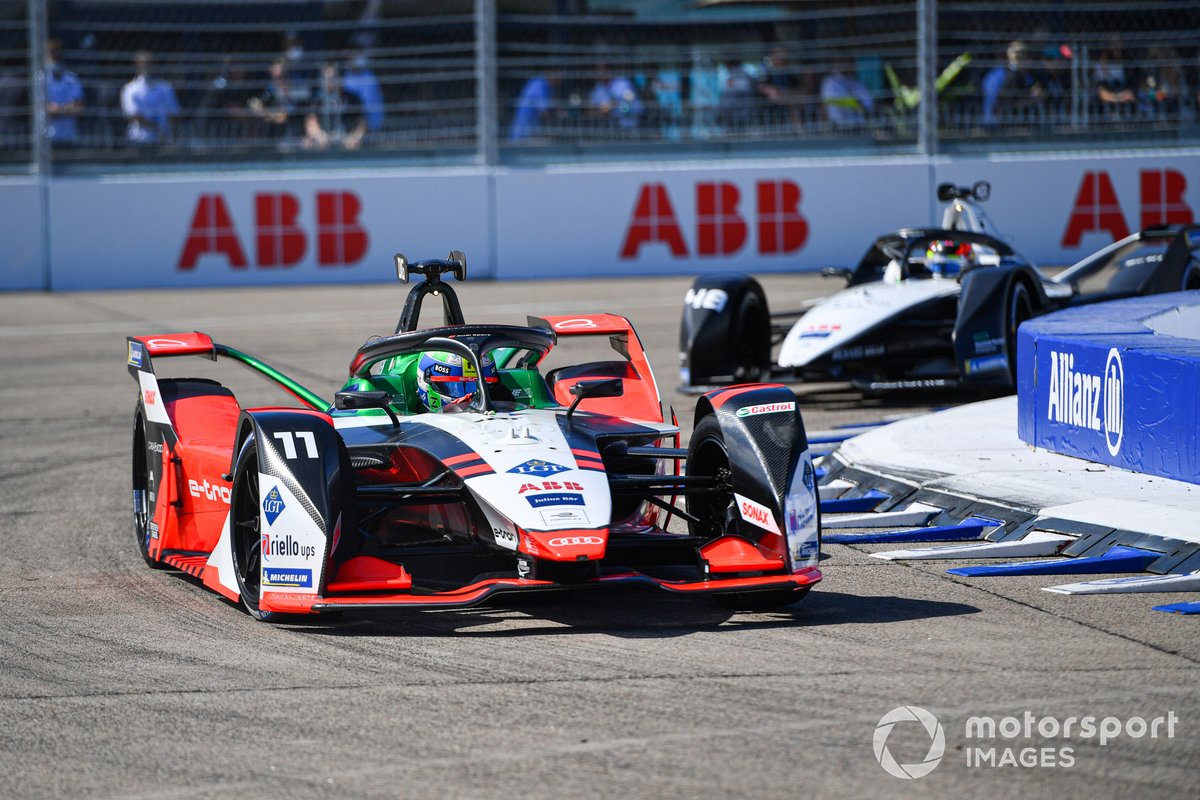 The DS Techeetah team appeared to be in control of the proceedings until half-distance, but its race unravelled spectacularly when it ordered Vergne to let da Costa - which left the two-time champion furious after the race.

Da Costa then struggled for pace himself due to a combination of poor energy management and heavy tyre wear, allowing di Grassi to come through and take the lead.

The Audi driver dropped several places when he armed the mandatory eight-minute attack mode, but was able to pass the Venturi duo - who were then leading the race - to reclaim the top spot again.

Mortara pressurised di Grassi in the last two laps of the race, but di Grassi hung on to win by 0.141s in a drag race to the finish line.

Asked to explain his on-track battles with DS Techeetah and Venturi drivers, di Grassi said his attack mode strategy won him the race.

“At the beginning of the race I was following the Techeetahs, trying to save as much energy as possible and staying behind them. But Edo was kind of doing the same thing behind me and he was working very strong.

“I knew that Techeetah would have an advantage today but it was going to be a big battle with the Venturi cars.

“So I used the attack mode, came back behind them with three or four minutes more. So it was at that moment I realised the strategy was actually going to play quite well and if I had good pace I could win the race.

“So I waited for attack mode and then I could the attack and then I passed [them]. And after that I was just trying to manage the gap to Edo, but my car was very 'oversteery'.

“I was struggling in the end and Edo was much faster and I just tried to hang on in the last corner, but it was a big battle and in the end we won because of this strategy.”

However, the Brazilian driver is not getting carried away by the prospect of becoming FE’s only double champion after Vergne.

Asked if Saturday’s result motivates him for the title decider, “Of course it motivates me to fight even harder, but I think everyday we come to a race track we go through these gates, we go through the garage, all 24 drivers are trying to do their best, trying to win. For me tomorrow it's kind of same as today.