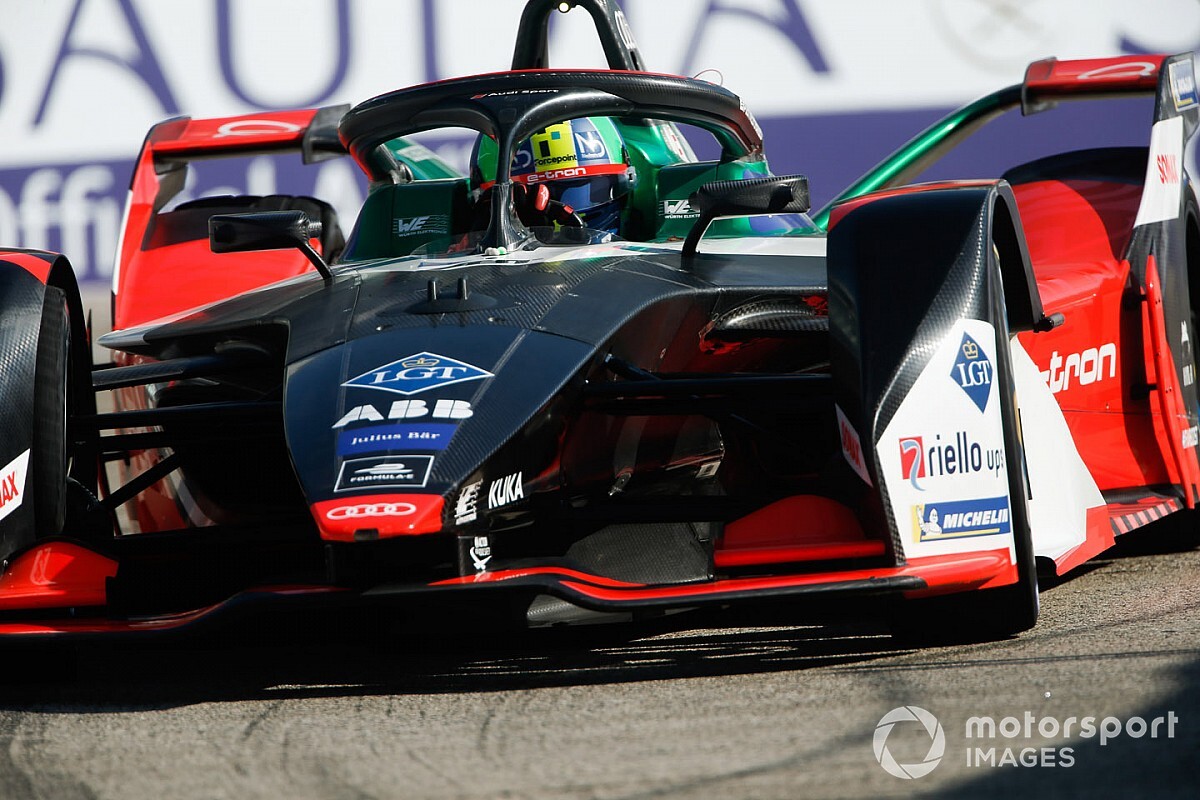 Di Grassi and newly crowned champion da Costa were recovering from a group-one qualifying blunder that put them at the back of the grid with Jean-Eric Vergne and Sebastien Buemi.

The pair were battling over 15th place on lap 12 when di Grassi, running with the 35kW attack mode boost, appeared to pinch da Costa against the wall as he tried to pass into Turn 1.

He caught the front of da Costa’s DS Techeetah car, spun and dropped to 23rd position before clocking a five-second time penalty.

But di Grassi hit back at the decision, saying: “It was clearly da Costa's fault. To be honest, I don't understand.

“But anyway, [not getting the penalty] would have not changed in many ways my race, I had a puncture.”

When Mahindra Racing driver Jerome d'Ambrosio ran slowly through the first sector, Gunther had to hit the brakes and di Grassi ran into the back of the race-three Berlin victor.

Gunther would return to the pits for 32 laps before re-joining the race to accrue data ahead of Thursday’s season finale on the extended Tempelhof Airport circuit.

Di Grassi thought the five-second penalty was awarded for his role in this incident instead.

He said: “I'll be honest, when they told me that I got a five second time penalty, I really thought it was because of Gunther, not with da Costa.

The 2016-17 champion added that his drop from fourth in the points to seventh was the “only positive” as it means he will now take part in group-two qualifying, when more rubber has been laid down on the track surface.

Da Costa, however, hit back at “blind” di Grassi and cited the Audi driver’s similar race-three incident with Felipe Massa for which the 11-time grand prix winner was controversially apportioned blame.

Da Costa said: "He must be blind then, Lucas, because you can go back to Paris season three and then [he did] exactly the same thing to me, he did it to Massa also.

“So I don't know what he expects, if I can disappear or whatever. Or if he thinks that it's a Sunday ride and I'm just going to let him through.

“I overtook 11 cars today, I did not touch anyone. I don't know what he is trying to accomplish with that.”