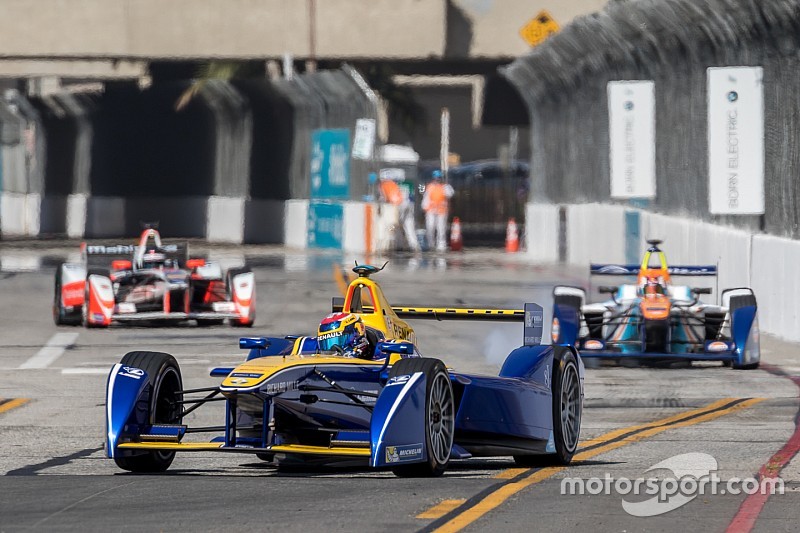 Renault e.dams driver Sebastien Buemi and team co-founder Jean-Paul Driot have both said the current Formula E qualifying system could be made fairer with certain changes.

Under the current format, the field of 20 drivers is randomly split into four groups - with changeable conditions often threatening to give certain groups an advantage.

Once all four groups complete their run, the overall fastest five drivers go into Superpole, which determines the top five on the grid.

"We'd have to think about the whole concept of qualifying again," said title contender Buemi in the build-up for the season two finale at Battersea.

"Sometimes you have to be lucky because, in the current system, even if the weather stays the same, you always have people arguing that group 1 has less rubber on track and group 4 is sometimes a little bit hotter because it's later on - so you can discuss it and then never find a solution.

"You can have everyone on track together but obviously [the current format is] a little bit also for the show and it looks better.

"Maybe the only thing you can have, if it's very wet-and-dry, you could maybe take the faster driver of each group [to Superpole]."

Driot, meanwhile, came up with another solution of putting the top five drivers in the standings to the same group in order to have them drive in the same conditions.

"You can put the first five drivers of the championship in the same group in order to have them either in the front or the back or in the middle - but at least the first five, who are fighting at the front, would be exactly served in the same manner," he said.

"And it could be that group which is the worst, and the top five would be at the back and the show would be even better.

"At least you know it would be a bit more equal with the weather and other factors that make things hectic scrapped."

Ahead of the season's final two races, Buemi sits just one point behind championship leader Lucas di Grassi in the standings.

The Formula E Battery, an impact in the future of the automotive industry