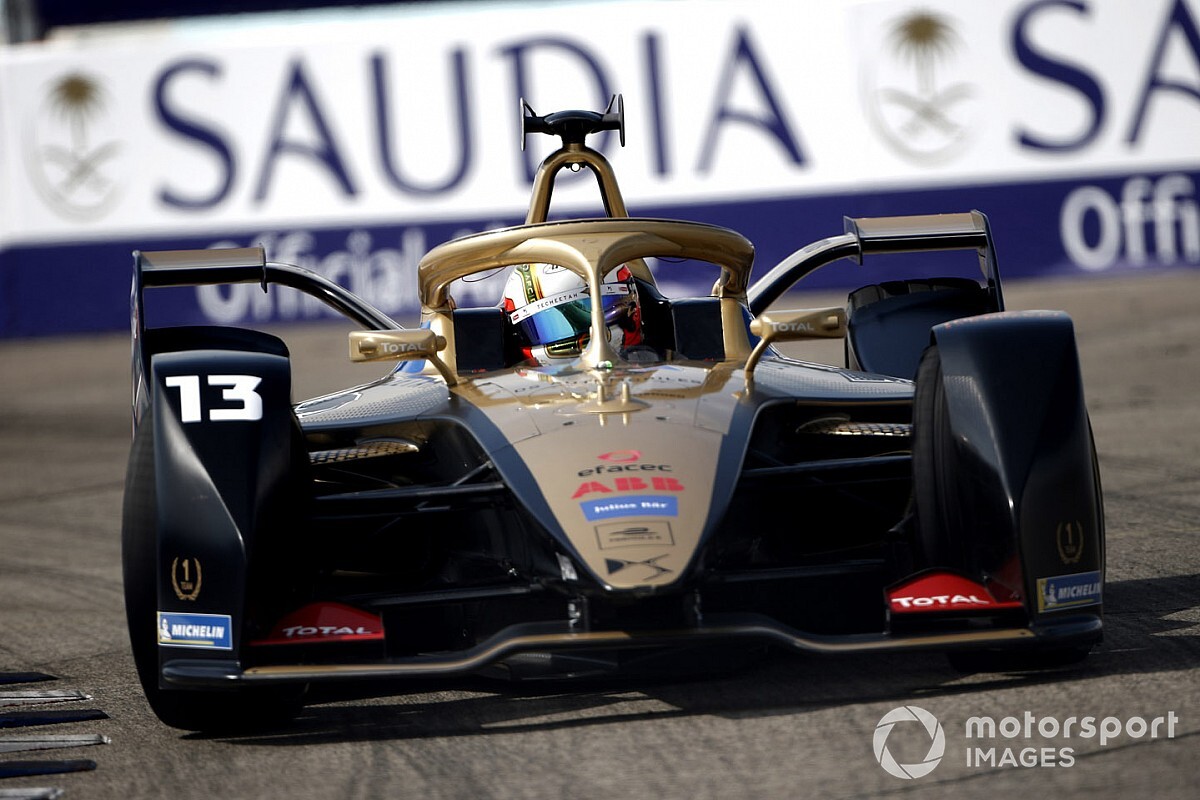 The points leader set the fastest time of the day with a 1m06.799s to pull a clear 0.322s margin over Vergne, who still snared his best qualifying result of the season in second.

Despite missing the Turn 1 apex, da Costa recovered 0.02s in the opening sector and then close to a further two tenths in the second split in a session where his title rivals faltered.

Andre Lotterer was best of the non-DS Techeetah cars in third, having snatched provisional pole away from Mahindra's Jerome d’Ambrosio in the early stages of superpole - despite the Porsche driver having been unable to deploy his maximum 250kW mode during practice.

A poor second sector dropped Nissan e.dams driver Sebastien Buemi down to fourth, which he blamed on mid-corner understeer.

Reigning FIA Formula 2 Nyck de Vries was fifth fastest for Mercedes, having picked up the throttle too early through the long final Turn 10 which resulted in a spike of oversteer.

Envision Virgin driver Sam Bird, who lost two tenths in the first sector, was best of the non-superpole qualifiers after he was eclipsed to sixth by group three runner d’Ambrosio by 0.004s.

First practice pacesetter Rowland was also shuffled down the order to eighth for Nissan, but he still beat Jaguar's Mitch Evans, who enters the race second in the points behind da Costa.

Evans’ practice set-up issues continued across into qualifying, with the Jaguar comfortably 0.4s in arrears of the fastest DS Techeetah pace.

A wild lap from Massa, owed to the rear tyres fading in the last sector, earned him ninth ahead of Robin Frijns and a 12th-place start for the returning Alex Lynn (Mahindra).

Maximilian Gunther headed a bad run for BMW Andretti in 13th, with teammate Alexander Sims - third in the points - way down in 17th.

A near-crash in the final sector for Lucas di Grassi, who has a 100% podium record at Tempelhof, meant double DTM champion Rene Rast’s effort for 14th was enough to win the intra-team Audi battle.

Edoardo Mortara in the Venturi customer car ran 15th while Stoffel Vandoorne, in the parent Mercedes machine, was just 16th.

Daniel Abt was 22nd on his maiden outing for NIO 333, beating a messy lap from Dragon recruit Serge Sette Camara - who twice hit the wall - and James Calado.

The second Jaguar driver, who missed practice due to a powertrain and battery swap that earns him a 60-place grid penalty, was a distant 24th.