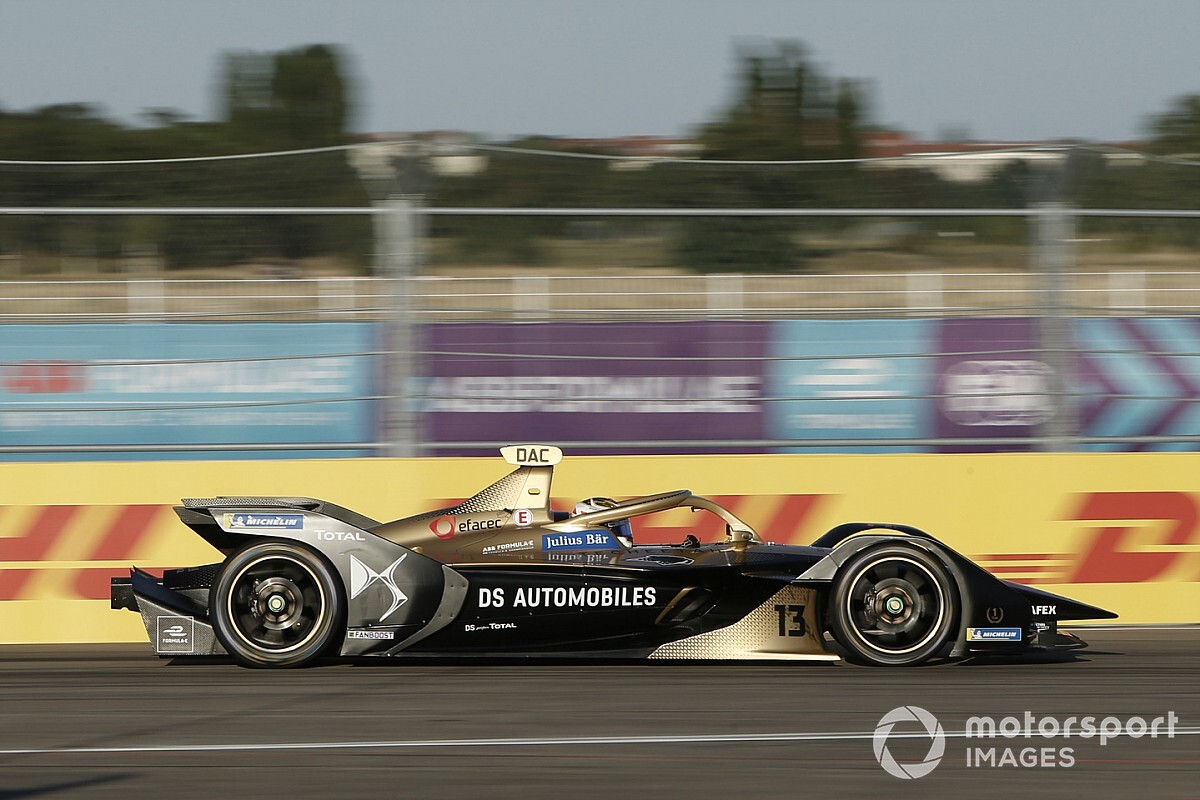 BMW's Maximilian Gunther had set the pace in opening practice on the 130-metre longer Berlin circuit, despite running with a strapped wrist following his race four shunt into the back of Oliver Turvey.

But on full power mode, in the shorter 30-minute session, da Costa - who had locked up into Turn 1 of practice one before his car defaulted to neutral - posted a time some 0.6s quicker than Gunther’s previous effort as the top 12 cars were covered by less than 0.5s.

Jean-Eric Vergne had led the way in the opening minutes of second practice, prior to anyone switching to the 35kW-boosted attack mode, before he was knocked off top spot by de Vries.

Behind Mercedes’ de Vries, Sebastien Buemi recovered from a slight graze with the wall to run to third as the Nissan e.dams team continues to show excellent and improved pace following the five-month coronavirus delay.

Lucas di Grassi ran to fourth for Audi ahead of second Mercedes driver Stoffel Vandoorne, who missed the first 12 minutes of the early session after his team supposedly had to change a 12-volt battery in the car, located behind the driver's seat.

In the second run, despite topping the times mid-way through after his attack mode lap, Gunther fell to ninth ahead of Neel Jani who completed the top 10 for Porsche.

The closely contested battle for the runner-up sport in the championship means Vergne enters the final double-header second in the points, with just 15 separating him down to Mitch Evans in sixth.

Jaguar contender Evans had run strongly in the final sector but reported brake lock ups, meaning his effort was only good enough for 20th.