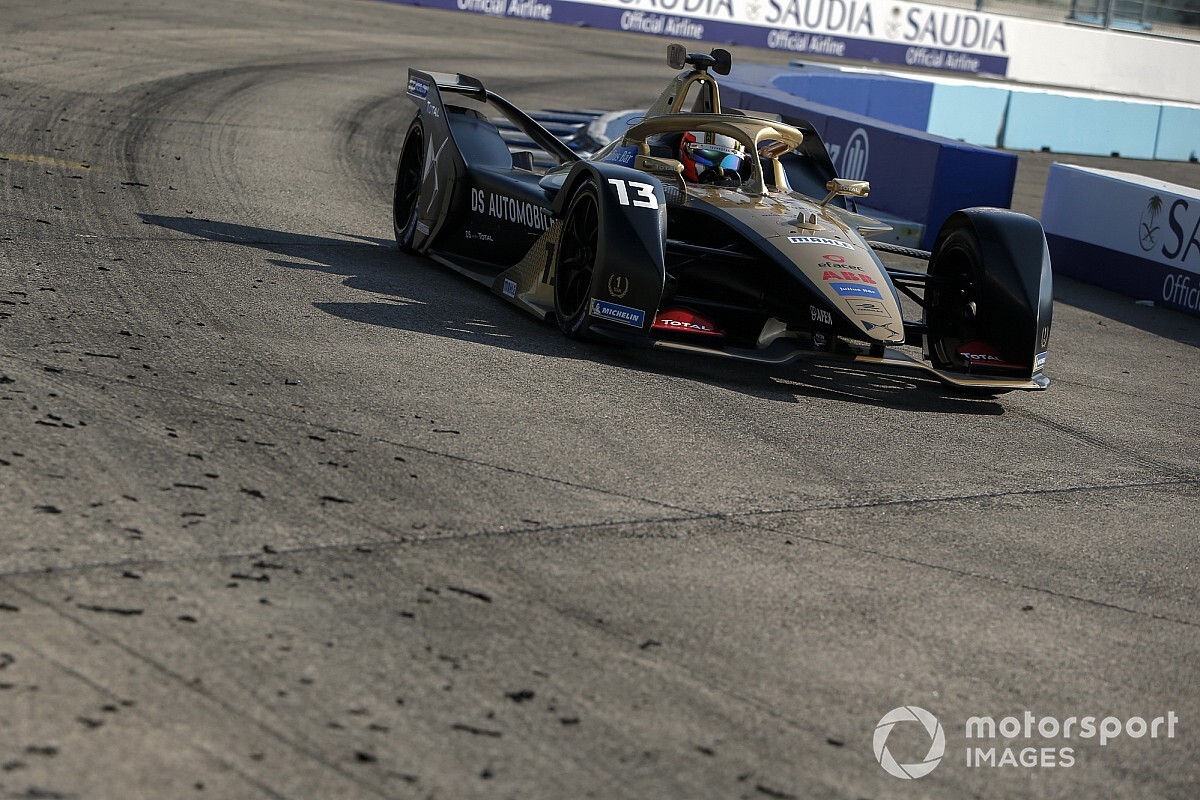 If the Portuguese driver wins the E-Prix at the Tempelhof Airport later today, he will be guaranteed of the 2019-20 championship.

Similarly, carrying a 68-point lead over Maximilian Gunther, all da Costa needs to do is finish the race with a 60-point advantage to seal the crown.

He came out of the blocks fastest in the single 45-minute practice session, topping the leader board with a late full-power run to supersede nearest rival Gunther by 0.039s.

A tame practice run was led by Venturi driver Edoardo Mortara for much of the opening half as drivers circulated in a standard 200kW powertrain setting.

But as they escalated through the 235kW attack mode and then 250kW full-power map late on, it was Envision Virgin Racing duo Sam Bird and Robin Frijns who led the way - despite a Turn 10 lock-up for Frijns and Bird complaining of first-corner understeer.

They were joined by Audi factory driver Rene Rast to complete a provisional top three lock-out for the e-tron FE06 powertrain.

But then Dragon Racing’s Nico Muller became the first person to switch to full power mode, which put him top of the times on a 1m06.666s with eight minutes to go.

Once again the Penske EV-4 showed promising one-lap pace, which has so far not carried through for drivers Muller and Sette Camara in the races.

Although his title hopes took a dash in the Saturday race when he retired followed a puncture, Vandoorne bounced back with a decent 1m06.474s.

In a fight for bragging rights on home soil in the German capital city, BMW Andretti driver Gunther then ran to first place by a 0.116s.

Da Costa twice endured large brake lock-ups in the session, first over the bump into Turn 6 and then into the Turn 9 hairpin.

But he recovered well to end the session with an unmatched 1m06.319s.

Sam Bird held off the advances of Lucas di Grassi for ninth, with Muller dropping to an eventual 11th.