D'Ambrosio to stay at Dragon for fourth season

Faraday Future Dragon Racing will keep at least one of its drivers for season four of Formula E in 2018-19, as Jerome d’Ambrosio is set to continue with the outfit. 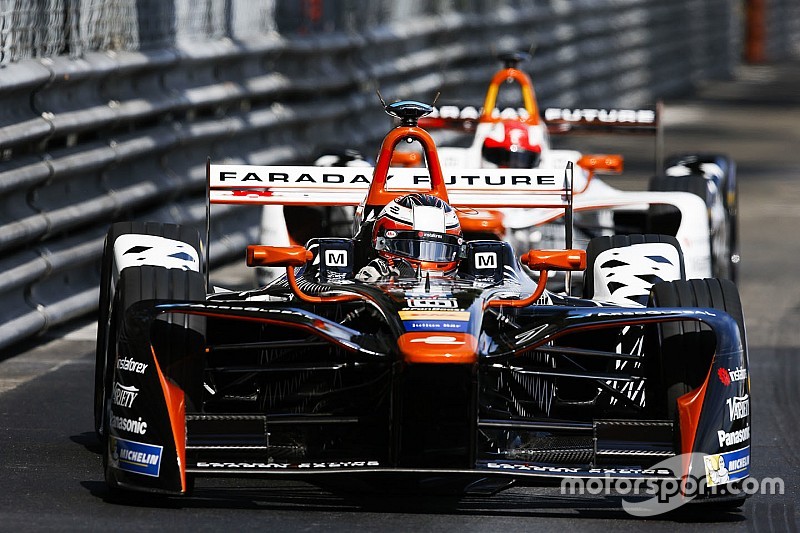 Former Marussia and Lotus F1 driver d’Ambrosio has confirmed to Motorsport.com that he will stay with Jay Penske's team for a fourth consecutive season.

“I signed a multi-year deal last year, so I will be with the team again next season,” said d’Ambrosio.

“We are working well and growing together, I am happy here even if it has been a tough season so far.

"I think what we have in the team is strong for the long-term with some very good people and plans.

"With some luck and hard work we can get back to challenging at the front and winning some races again - soon, I hope.”

The Belgian driver has scored two victories for Dragon at Berlin in season one and at Mexico City in season two - both race wins inherited after exclusions for on-the-road winner Lucas di Grassi.

D’Ambrosio has also scored two pole positions in Formula E - at Punta Del Este in 2015 and Mexico City in 2016.

The situation of d’Ambrosio’s current teammate Loic Duval is less clear at this stage and Motorsport.com understands that, unlike d’Ambrosio, the Audi DTM driver does not currently have a deal in place with the Dragon team for the 2017-18 season.

Duval, who has raced in the all-electric championship since Miami in season one, returns to the team this weekend in Berlin after missing the Paris ePrix due to a clashing DTM commitment at Lausitzring.

D'Ambrosio currently sits 16th in year three's standings, with Duval one spot behind him.