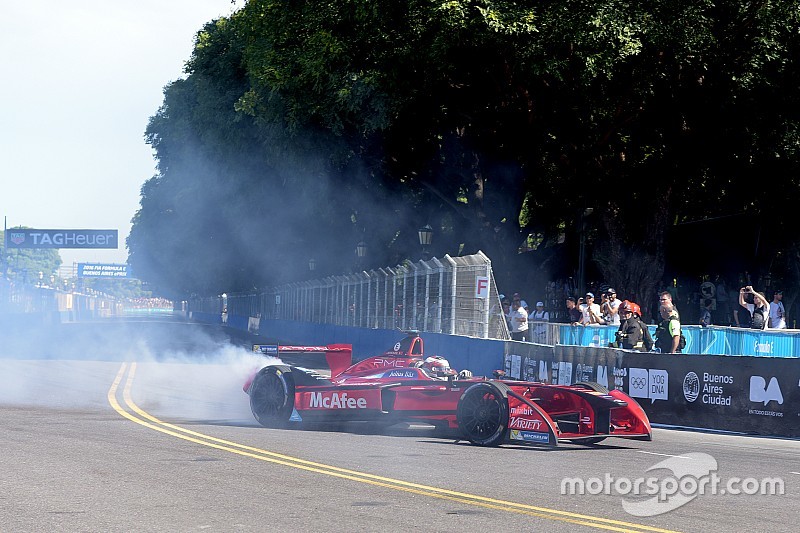 Having qualified in 10th place, the former Marussia Formula 1 driver got caught up in a tussle with Bruno Senna and Salvador Duran while jockeying for position in the opening exchanges.

The Belgian went on to pick up two bonus points for the fastest lap, and has admitted that Dragon suffered a slip in pace in Buenos Aires - but still reckons a better finish was up for grabs.

“We took a wrong direction this weekend before the race but we made changes and the car was a bit better, it was on the set-up and it was a small change,” d'Ambrosio told Motorsport.com after the race.

“At the start it was some contact with Bruno [Senna] and also Salvador [Duran]. It was wild back there and we just have to make sure we qualify higher and then we won’t be in those kind of situations.

"For sure, we lost points today."

After the early incident, a slow pit stop added insult to injury for d'Ambrosio, further compromising an already ruined race.

“We actually do a lot of pitstop practice and we are much better than that,” said Dragon Racing’s Nigel Beresford. “It was just a hot nut and, with the tight-fitting, guns it just stuck - which was unfortunate because up until that point it was a really good stop.

“One of the rear-wheel buffers got bent up between the rear wing endplate and the inner wall of the tyre. We weren’t sure how damaged the inside wall of the tyre really was so we put another wheel on for safety reasons.

Beresford, a veteran of motorsport with Tyrrell, Penske and now Dragon Racing, believes that Mexico should see the team return to the form it showed at Punta, where D'Ambrosio took pole and finished third.

“Given how grim it looked at the end of lap one, to come out still third in the teams’ championship was pretty good all considered,” he said.

“Jerome’s pace was very good in the second portion of the race so we have some good stuff to build on for Mexico.”