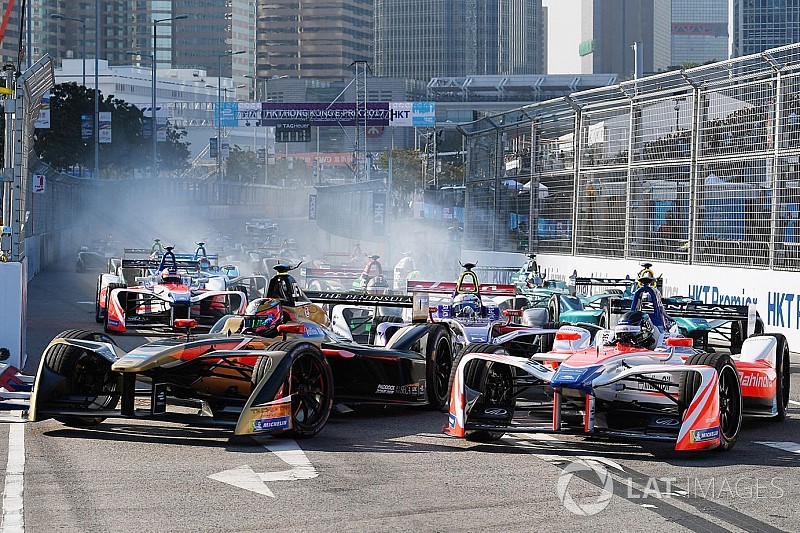 The truly chaotic nature of the Formula E opener in Hong Kong has been exposed by a series of sometimes X-rated team radio messages between drivers and their engineers that’s been released on video today.

The race, which was red flagged and restarted, featured winner Sam Bird being penalised for crashing into his pit stall during the mid-race car swap. After being instructed to take a drive-through penalty he complains: “What, because they can’t clean the pitlane? Come on use some sense! It’s not like I wanted to do that…”

Nick Heidfeld goes crazy about Vergne’s defensive tactics: “He’s moving too much. He should give me at least one car width. He’s always coming back into my line, if I got to his side we’d crash. I mean, this guy is doing slalom!”

Former champion Nelson Piquet Jr – who finished fourth on his debut for Jaguar – complains his car is “understeering like a pig” before protesting about miscommunications: “We seem to be on completely different strategy between me and you there.”

Winner Bird concludes the video by getting confused about where the podium is: “Where do I go?! Oh, there.”

Why Montreal’s Formula E future swung on an election result