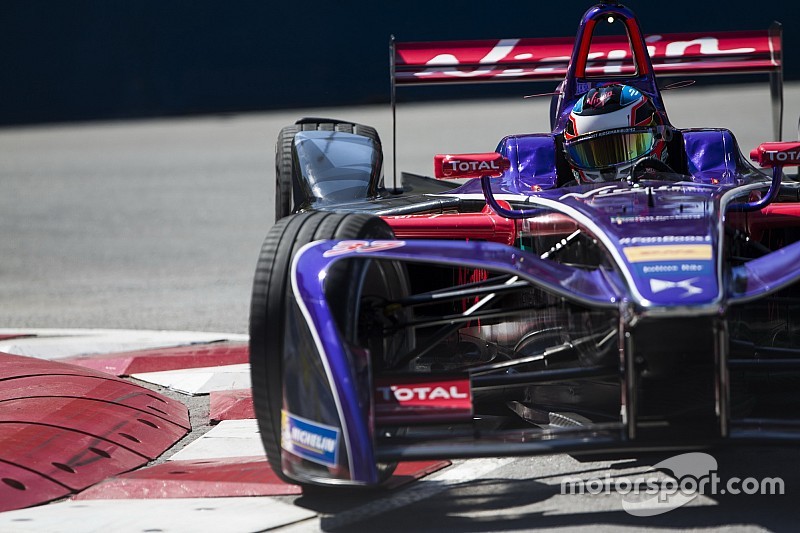 Lopez set a fastest lap of 1m09.431s around the 2.48kms Puerto Madero track, a time which was 0.5s quicker than the top time last year.

The Argentinian, who is racing on his home track in Formula E for the first time, used the maximum 200kW power to set his time.

Vergne was 0.528s adrift of Lopez in the Renault-powered Techeetah car. The Frenchman was the quickest of the 170kW runners in the session this morning.

Mitch Evans also used the 200kW maximum power to his advantage and placed third, giving a boost to the Jaguar team as it searches for its first points of the season.

The expected rain showers held off for the 45-minute session, which began with inaugural Formula E champion Nelson Piquet Jr setting the early pace in his NextEV NIO entry.

The Brazilian ended the session in 11th, just behind his teammate Oliver Turvey.

Marrakesh polesitter Felix Rosenqvist set an impressive sixth best time in his Mahindra M3 ELECTRO as he continues to learn the track on his first visit.

The session was red-flagged after 20 minutes, when Antonio Felix Da Costa had a sizeable accident in his Andretti ATEC-02.

The winner of the inaugural Buenos Aires ePrix in 2015 had just survived one lurid moment before he slammed the Turn 6 wall, inflicting damage to the front and rear of his car. The stoppage meant that 12 minutes of running were lost in the session.

Other than Da Costa’s faux pas, the session was relatively incident-free.

In fact, it was the Portuguese driver who again brought out the yellow flags as he returned to the fray, when he parked his other car at the side of the track with a problem and triggered the second red flag of the session as he was unable to restart.