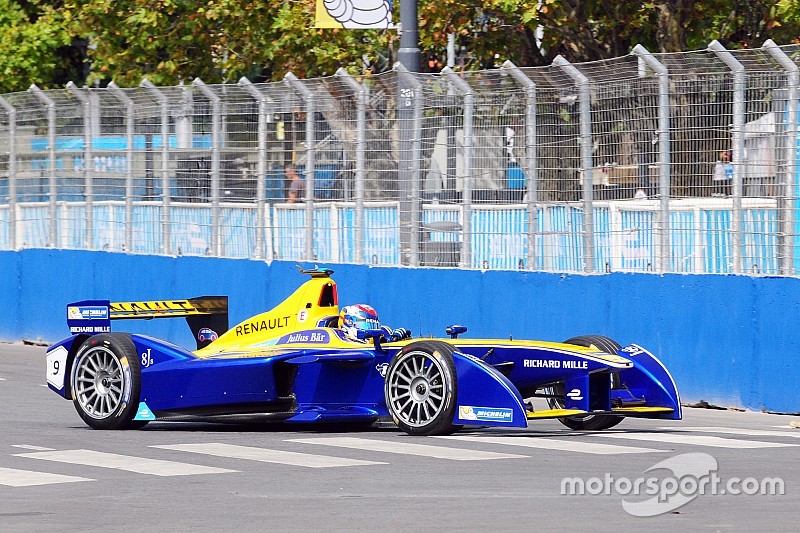 Formula E points leader Sebastien Buemi dominated the second practice session of the Buenos Aires ePrix, becoming the first driver in the field to dip into the 1m08s this weekend.

Andretti's Robin Frijns was the early pacesetter in the session, but his benchmark was smashed by Abt Audi Sport's Lucas di Grassi at the 10-minute mark, the Brazilian comfortably surpassing Sam Bird's lap from FP1 with a 1m09.310s.

Frijns, demoted to third by last year's winner Antonio Felix da Costa, subsequently came to a complete halt at the midway point in the session, parking his car in the very same spot that he had stopped in in the first session.

The resulting yellow flags took several minutes to clear and, as they did, Buemi went half a second in the clear with his first full-power lap.

The Swiss driver couldn't improve with his second try, but the earlier 1m08.771s still proved more than enough to keep him in the top spot at the chequered flag.

Di Grassi remained in second place, albeit Buemi's teammate Nico Prost came within 0.001s of making it a Renault e.dams 1-2.

FP1 pacesetter Bird took fourth, ahead of Felix da Costa, Jerome d'Ambrosio and Stephane Sarrazin, who recovered from nearly stuffing his car into the wall earlier in the session.

Jean-Eric Vergne, whose participation in the race is in doubt due to health concerns, arrived to the track and appeared keen to get his first laps of the day - but did not end up driving the car.