Buemi wins in Uruguay after intense battle with Vergne 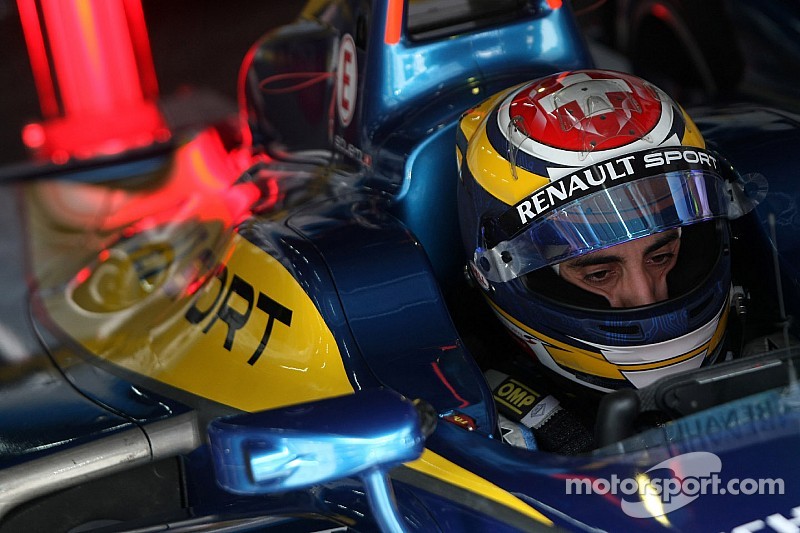 Two ex-F1 stars put on a show at the end of the Punta del Este ePrix.

Sebastien Buemi has secured the victory for e.dams Renault in the third round of the FIA Formula E championship. Nelson Piquet Jr. was second and Lucas di Grassi extended his championship lead with another podium, placing third.

Jean-Eric Vergne started from pole but lost the top spot on entry to turn one, falling in behind Piquet. Early on, Daniel Abt suffered mechanical woes for the second ePrix in succession, but did manage to post the fastest lap and collect two bonus points. The first safety car deployment came soon after when Putrajaya winner Sam Bird slammed the wall on the exit of the first corner.

Antonio Felix da Costa then stopped on track, forcing a second safety car intervention. Vergne finally retook the lead on lap 13 before the third safety car and a set of pit stops that shuffled the running order. Nick Heidfeld, Sebastien Buemi, and Vergne were the new top three following the car swaps and a SC for Stephane Sarrazin, who got turned by Matt Brabham.

Heidfeld was forced to pit again due to a violation though, giving up the lead to Buemi who held it for the remainder of the race.

Vergne gives it all he has

The final safety car came when an out of control Brabham launched across a sausage kerb and slammed the wall. That set up a two lap sprint to the finish. Vergne went on the attack, deploying his Fan Boost and aggressively going back and forth across the track, harassing Buemi who made multiple mistakes as a result. He controversially cut the chicane and was then bumped by Vergne, who was hungry for a win. Piquet crept into the mix but before Vergne could make another run at Buemi, he suddenly slowed with suspected suspension issues, slowing up Piquet in the process.

How it all stands

Buemi went on to win it for e.dams with Piquet not far behind, charging hard. Buemi is the third different winner in three races thus far. Di Grassi's points lead is now up to 18 over Bird and Buemi, who are tied. The next round takes place in Argentina, one month from now.