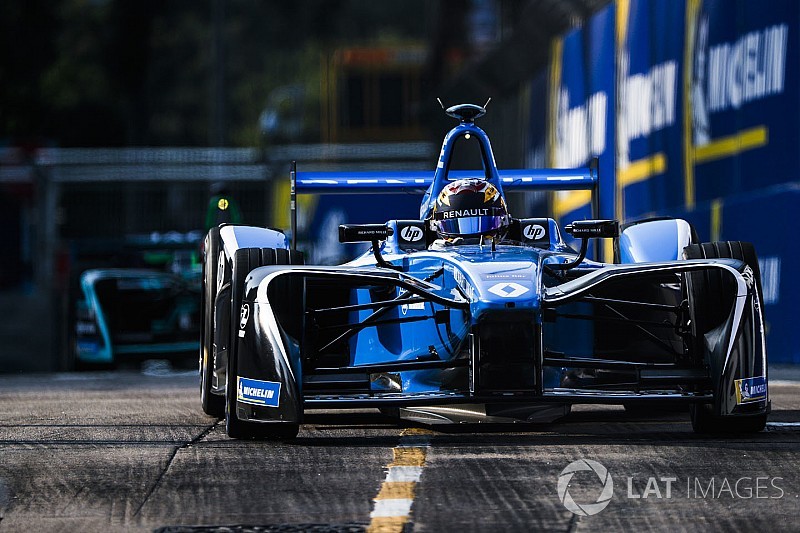 He stopped on track briefly in the first race when his car shut down and only scored a single point in the second race when he inherited 10th after race winner Daniel Abt was disqualified.

Buemi topped practice by a comfortable margin on Sunday but hit the wall in qualifying and started last, then struggled to make significant progress and finished 11th on the road.

With Nico Prost’s suffering his own struggles, Renault ended the weekend ninth of 10 in the teams’ standings with just seven points.

“Saturday we had many reliability issues, I stopped on track, we could have finished P4 which would have saved the day a little bit.

“Sunday I did a mistake in qualifying, the car is extremely difficult to drive, and clearly in the race we didn’t have any pace. We know what is the problem, but we don’t know why it happened.

"So now we need to understand why and hopefully for Marrakesh then we have it sorted.”

Reigning champion Lucas di Grassi also had a difficult time in Hong Kong and left with no points at all.

He had to make an unscheduled pitstop in the first race with suspension damage that he claimed was caused when he tried to overtake teammate Abt around the outside.

In the second race he suffered a battery management system error while running outside the points.

After getting back to the pits and swapping cars di Grassi set the fastest lap of the race, and said he was encouraged that at least “the pace is there”.

“It is just frustrating because of small details which are sometimes out of our control.”

Rosenqvist: "I’m not at the level I need to be"