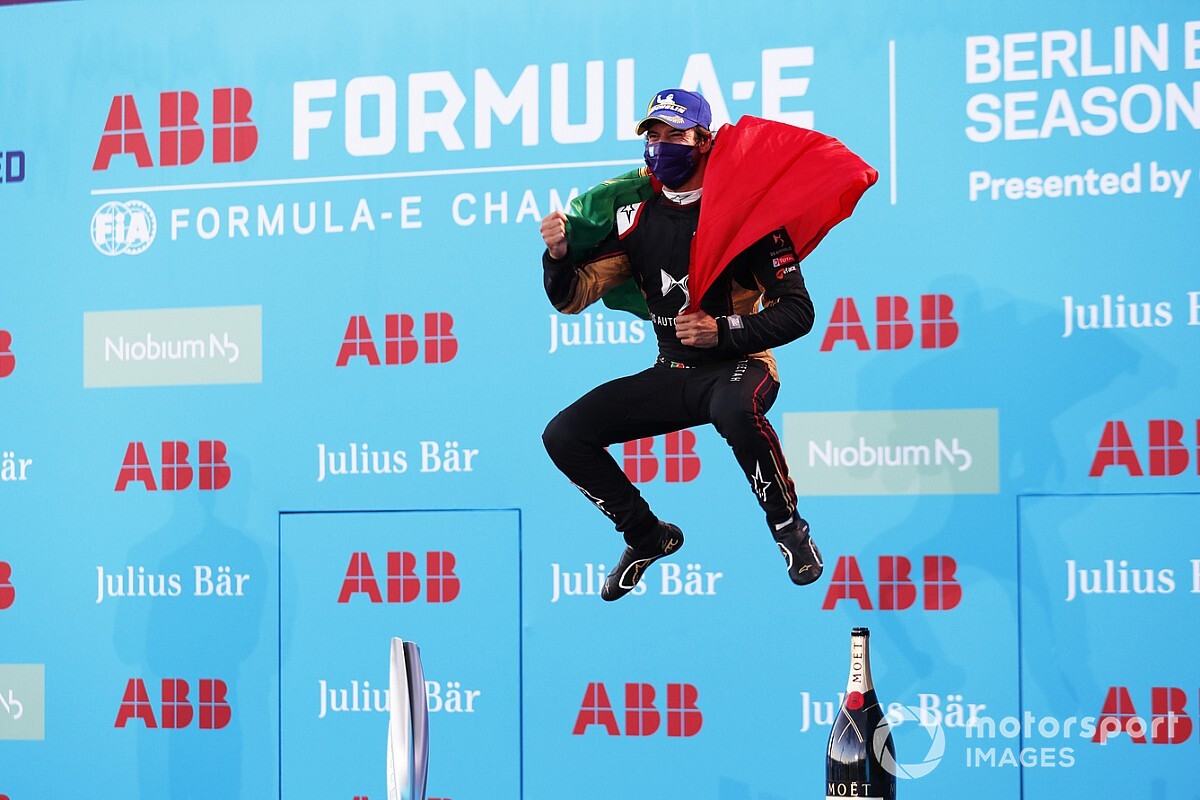 Sebastien Buemi reckons the chance for anyone to catch Antonio Felix da Costa and the DS Techeetah team in the Formula E tight fight is “more or less done”.

The Nissan e.dams driver finished 3s behind da Costa in the second Berlin race after two of the three full-course yellow periods wasted most of his first 235kWh attack mode activation.

A third win in succession for da Costa boosts him to 125 points, 68 clear of nearest rivals Lucas di Grassi and Stoffel Vandoorne, with 120 remaining from the final four races.

With DS Techeetah now leading BMW Andretti by 65 points in the teams’ standings, Buemi said the hopes for anyone to catch the pair were all but extinguished.

“He just needs to try to go a bit longer like that and he's really under control. I think if there's no issues then for DS Techeetah as well. But, then it's wide open for the rest [of the championship positions].”

The second E-Prix on the reversed Tempelhof Airport circuit marked a strong up-turn in performance for Buemi, given he faded from seventh to fourth in the opening race on Wednesday.

Buemi, the 2015-16 FE champion, credited the improvement on a ‘complete’ set-up change.

“We basically changed the set-up completely for the race,” he added. “We did not look after the rear tyres enough and that cost us a lot yesterday. Unfortunately, I think our energy management yesterday was good, but we couldn't show it just because the car set-up was not good.

“Today we've made a big step, so hopefully we can continue that and I think we will have a shot at fighting against the other guys.”

Buemi also reckoned that he “should have known” not to activate his attack mode early on in the race but was trying to manage battery temperatures aboard the Nissan IM02.

He said: “I got really unlucky with that full-course yellow because I just used the attack mode before that and clearly there was some debris [on track]. I should have known that it was not good to take the attack mode.

“On the other hand, the battery temperature was on the high side and you don't want to take the attack mode too late because it warms the battery up even more.”