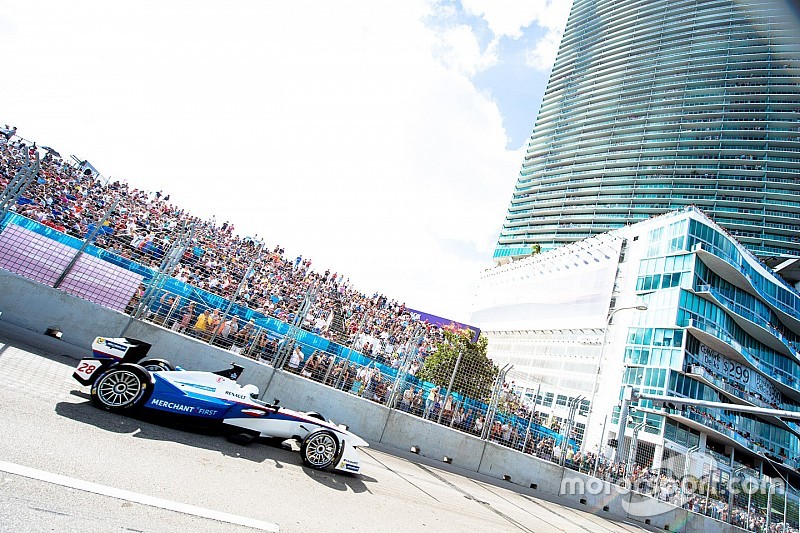 Formula E CEO Alejandro Agag has revealed that multiple venues in Brooklyn, among others, are in the running to host a round of his series – possibly as early as season three in 2016/17.

Speaking ahead of this weekend’s race in Long Beach – the only round in the United States since the demise of season-one venue Miami – Agag said there were five locations in the New York area under consideration.

“For me I am working on New York big time,” said Agag. “I’m working hard because I really want to make that happen. I’m still optimistic we could have something there for season three, but it’s far from done yet.

“We are looking at five locations, maybe one will come off, or two or none – you know? But a couple in Brooklyn and so on, we don’t know yet.

“There’s no news yet, it’s far from done. It’s not easy to get a race done there. [If it happens] it would be amazing, really amazing. We’ll see, we’re working on it.

“The momentum of the championship is really fantastic. I’m super happy with the way things are going.”

Attempting to go where F1 failed

After Formula 1 failed to land its planned event in New Jersey, Agag believes that Formula E has a different appeal to local governments and promoters.

“I think it’s easier for us because the track is shorter and the noise question is important to them,” he said.

On the subject of the many permissions that were required to run the now-defunct Miami event, he added: “I think New York would be easier, Miami was very difficult. It always depends on the place.”

Long Beach ePrix: The last winner is back