Blomqvist admits Formula E was "never on my radar" 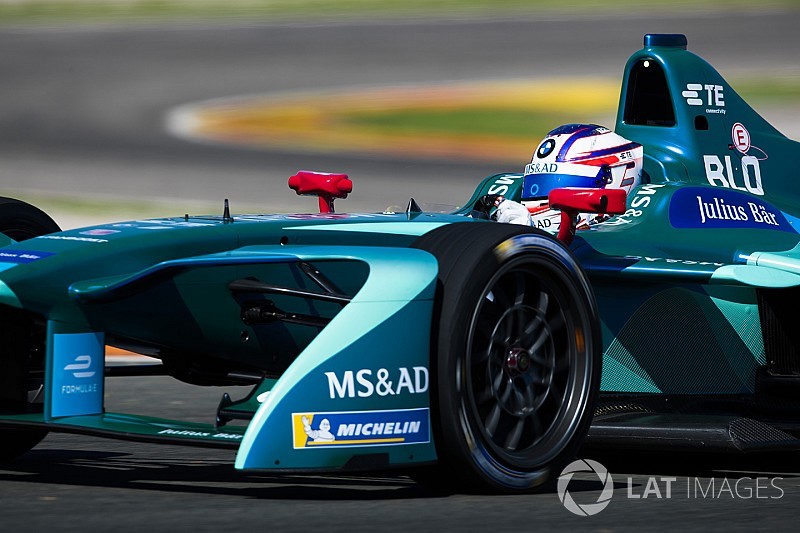 DTM driver Tom Blomqvist has admitted that Formula E was “never on my radar” prior to his maiden test with the BMW-backed Andretti team.

Blomqvist, who currently competes in the German touring car series for BMW, was called up alongside the marque’s GT driver Alexander Sims to the official pre-season test in Spain at the start of October.

He had completed a nominal amount of running at a private test with Andretti before this.

The British-born son of 1984 World Rally champion Stig Blomqvist spent much of his racing career in single-seaters before making the jump to the German touring car series with BMW in 2015.

Blomqvist, who was taken one win in the DTM, told Motorsport.com he now appreciates the increased manufacturer involvement in Formula E has opened up new possibilities for his career.

“When I went to BMW it was never on my radar, because it was still very small, in its infancy,” Blomqvist said.

“I'm really interested in Formula E now. It’s a championship which is growing massively and at an extreme rate. The calibre of drivers here is super high and the competitiveness of the championship is just going to grow.”

Blomqvist’s most recent single seater experience was his final season of European F3 in 2014.

He believes that could play to his advantage with BMW making the Andretti Formula E entry part of its roster of full works programmes from 2018/19.

“I would love to do the full season, however, it depends on my other programme with BMW,” said Blomqvist. “They kind of direct where I go.

“I think with my background in single seaters, I'm one of their drivers with the most recent formula car history. I’m still young, so there's quite a long way to go in my career.”

Andretti, which currently only receives engineering assistance from BMW, is yet to announce who will partner Antonio Felix da Costa in the 2017/18 season, though Blomqvist and Sims could share the season between them.

The deadline to submit the season's entry list to the FIA has passed, so an announcement is thought to be imminent.

Is Formula E about to take off? Nissan enters series as governments get tough on emissions