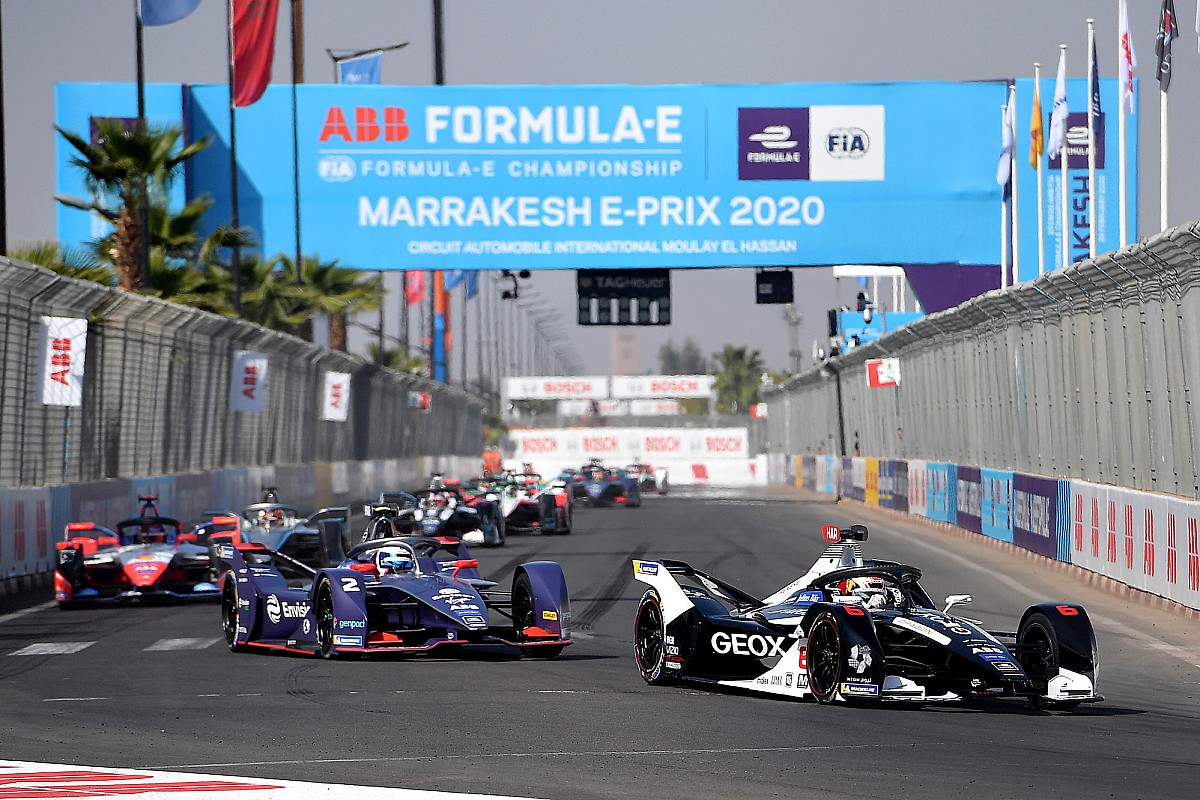 Envision Virgin driver Sam Bird has lamented what he feels was overly-aggressive defending from his Formula E rivals in Marrakesh, describing it as “a waste of time”.

From 14th on the grid, Bird moved up past Lucas di Grassi and Alexander Sims to enter the top 10 during his first attack mode activation, but was then held up by the battle between James Calado and Jerome d'Ambrosio.

He thus got shuffled back down the order once his attack mode ran out, and spent the rest of the race mired in various battles around the outskirts of the top 10, eventually inheriting a single point for 10th place when Sims retired on the final lap.

“I got a bit shafted with the first attack mode,” Bird told Motorsport.com. “We took it at a bad time and then I caught a car that clearly wanted to be a mobile chicane.

“And then you're in the s**t, with people that just would prefer to do anything than let you past – just spend energy, 'right, I'm just not going to let you through'.

Bird, who also revealed he was nursing a slow puncture in the final six laps, hinted as dissatisfaction with the way the Audi e-tron FE06 powertrain performed in Marrakesh.

“The package was capable of a little bit more but not so much.

“We're a customer team. It is what it is. We'll try and sort it out, we'll try and help, but there's clearly cars out there that are a bit quicker right now.”

Bird's teammate Robin Frijns finished the race in 12th, having fought through 22nd after a controversial laptime deletion in qualifying.

Frijns said the race was not particularly enjoyable despite the overtakes, and reckoned there was “definitely some work to do” on the performance side.

“I was behind Mitch [Evans] and I let him go. I really let him go, I was behind him, I was trying to follow, but we just didn't have the pace compared to the Jaguars, and also the Mercedes really, because I was behind [Venturi driver Felipe] Massa and in corners I was quicker but in all the other parts it was hard to follow.”