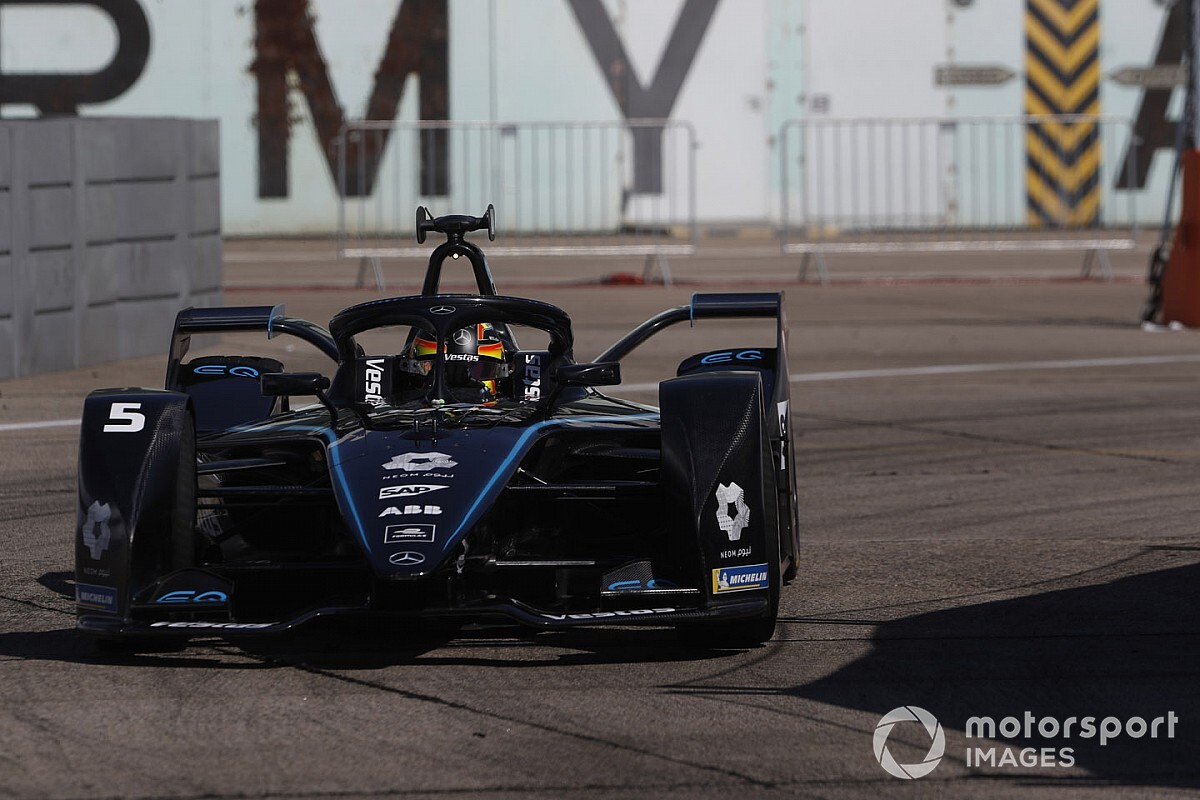 Stoffel Vandoorne clinched the final pole of the Formula E season as the top six in the points will all start the sixth Berlin race at the back.

The Mercedes driver hung on against the challenges of Rene Rast and Sebastien Buemi to clinch his second series pole by just 0.059s.

After topping the group stage, Buemi was last to run in the top-six battle; he was a fractional 0.002s behind in sector one and then 0.1s off in the second split to miss first place.

Despite Rene Rast forcing a small mistake on entry of Turn 7 to run wide at the expense of 0.2s, he scored his best FE start in third place - exceeding his previous day’s effort by one spot.

Vandoorne’s teammate Nyck de Vries, the third driver to head out, had run quickest in the session before the late laps relegated him to a fourth-place start.

Edoardo Mortara for Venturi Racing was first to set a time in superpole but a conservative and unremarkable lap left him prey, with Robin Frijns immediately finding a 0.2s advantage.

The Envision Virgin Racing driver will line up fifth behind de Vries.

Another poor session for the leading drivers in the points ensured they brought up the rear, with Maximilian Gunther ranking 18th ahead of new champion Antonio Felix da Costa for DS Techeetah.

As the track surface developed, each group on the extended Tempelhof Airport circuit is estimated to have a 0.3s advantage over the preceding runners.

That meant another congested out-lap, in which da Costa led Jaguar driver Mitch Evans over the line, combined with the track evolution dropped the group one contestants to the back.

Race-five polesitter Oliver Rowland gave himself clear space with a slow entry into the final corner but a mistake in his middle sector left him 1.1s off the pace behind Evans in 23rd.

Dragon Racing’s Nico Muller was the sole driver that managed to split the main contenders with his lap only good enough for 22nd.

With Gunther, da Costa, Evans, Rowland, out-going champion Jean-Eric Vergne and Porsche’s Andre Lotterer not in contention, it left Alex Lynn as the first driver to miss out on superpole.

The Mahindra driver was just 0.003s shy of Mortara to lose his chance of a top-six start and will instead line up seventh ahead of a much-improved Neel Jani (Porsche).

Serge Sette Camara yet again proved the speed of the Dragon’s one-lap pace, which so far has not carried into the races, with ninth ahead of Lucas di Grassi.

The Audi driver’s group two run was 0.2s slower than Rast through the knockout stages.

A strong flier that felt the windfall of a group-four start meant Oliver Turvey could guide the NIO 333 to an impressive 12th over Sam Bird and the BMW Andretti of Alexander Sims.