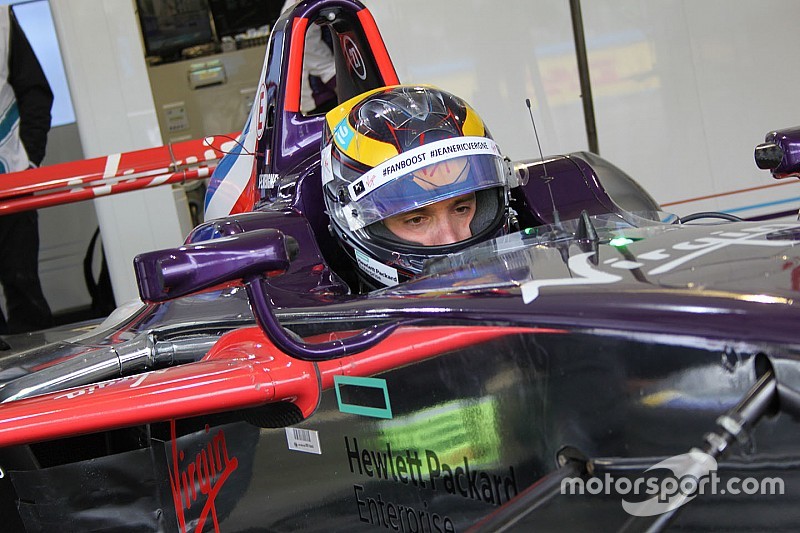 Vergne exploited the searing pace of the DS Virgin DSV-01 over a single-lap and just shaded Sebastien Buemi by 0.016s in a tense Super Pole session.

Buemi, in his Renault e.dams car, lapped 0.5s slower in the Super Pole session than he had in the earlier qualifying group stages.

The Swiss driver made a small mistake on his lap which was enough to lose the chance for a third pole of the season.

Delighting the home fans with third position was Daniel Abt, who claimed his best starting position in the Abt Schaeffler FE01 as just 0.041s separated the top three positions.

Another best qualifying position of season two also went the way of Bruno Senna, who set a 58.303s to start on the outside of row two in his Mahindra entered Formula E car.

The Brazilian fought with an upshift issue during his Super Pole effort but delighted his team in their best showing since the Beijing ePrix opener.

Senna’s teammate Nick Heidfeld starts fifth in his M2ELECTRO after making a mistake on his Super Pole lap. The German ran wide at Turn 7 and lost a potential front row starting position.

Championship leader Lucas di Grassi will start from only 10th on the grid after a difficult qualifying for the Abt Schaeffler Audi Sport driver.

Di Grassi made a mistake on his single lap in Group One and was forced to watch his name tumble down the timing screens.

The group stages of the qualifying period saw Sam Bird just miss out on getting through to the Super Pole session in his DS Virgin car.

The British driver was just 0.040s shy of the top five and will thus start sixth on the starting grid.

Simona De Silvestro took her Andretti Spark-Renault to 13th ahead of the Venturi pair of Mike Conway and Stephane Sarrazin.

Robin Frijns starts from 16th, the worst grid position of his Formula E career, after a glancing a wall in his Andretti car and losing time

Team Aguri make up the final row with Rene Rast continuing his impressive Formula E debut as he out qualified teammate Ma Qing Hua by half a second.