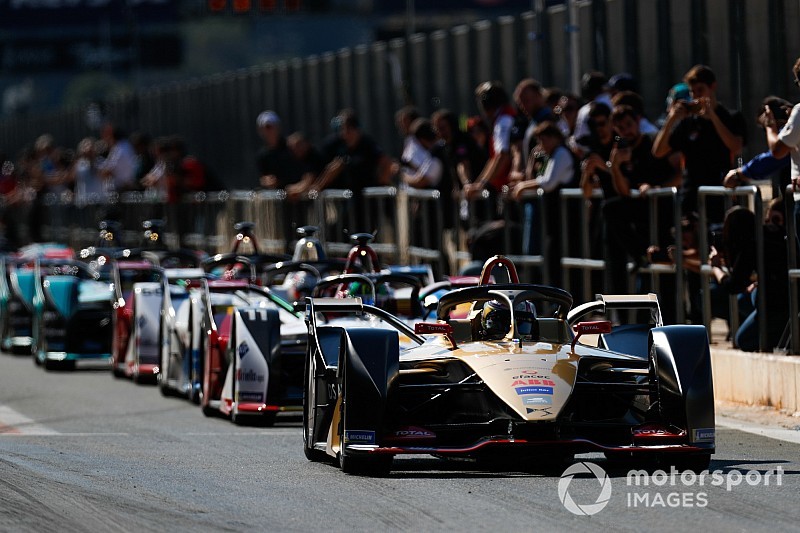 The BBC will screen every race of the 2018/19 Formula E season via its website and TV red button platforms for viewers in the UK.

The broadcaster will also show at least one FE race live on one of its network TV channels – BBC One or BBC Two – during the upcoming season.

The deal to screen FE events means live motorsport returns to the BBC for the first time since it stopped broadcasting Formula 1 events at the end of the 2015 season.

FE has already announced that each race of the 2018/19 season will be shown live on YouTube in the UK, with the BBC arrangement running alongside that deal.

The BBC will also distribute FE races on its iPlayer catch-up service.

“The ABB FIA Formula E Championship will continue to be broadcast to the masses and across a variety of platforms in the UK,” said Ali Russell, FE’s media and business development director.

“It’s imperative that Formula E remained on a free-to-air network in such an important territory and key market for motorsport.

“What better place to showcase some of the best and most competitive racing than on the BBC.

“We’re fully-charged and ready for the new season on the streets of the most recognisable cities - and this year promises to be more intense and unpredictable than ever.”

It has not been announced what form the BBC’s FE coverage will take – whether it simply takes the championship’s world feed.

Motorsport.com understands that any plans for an on-site presenting team at the live races are yet to be confirmed.

“It’s great news that live motorsport is returning to our screens at the BBC,” said Barbara Slater, director of BBC Sport.

“I’ve no doubt the upcoming season will bring with it some exciting wheel-to-wheel moments and we can’t wait for it to begin.”