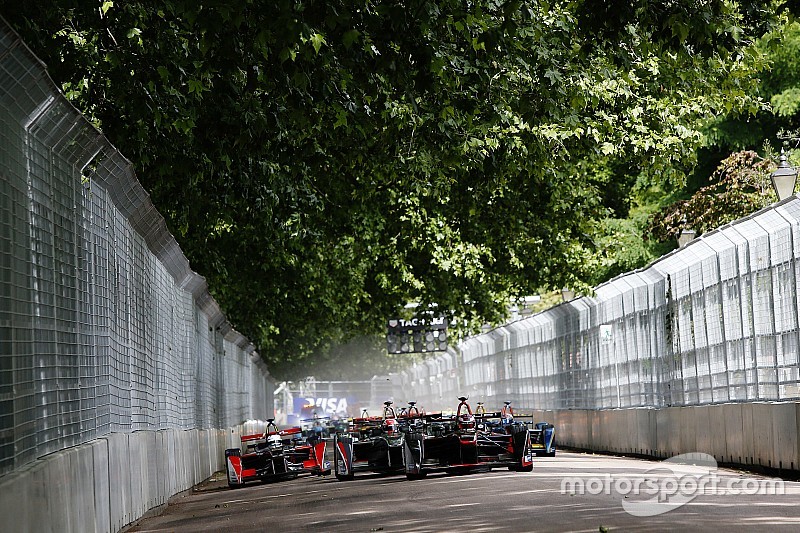 Sam Smith reflects on the inaugural London ePrix around the famous Battersea Park.

It seemed too good to be true. A bona fide FIA single seater championship racing in the centre of London, just a stone’s throw from Harrods and Stamford Bridge.

Alejandro Agag and his team at Formula E Holdings had delivered on their promise of a race in London, and the setting couldn’t have been better.

The racing, however, still had many question marks hanging over it as the tight and bumpy 1.81 mile track hove in to view as I walked across Chelsea Bridge, surveying the great Thames last Saturday morning.

Having just passed Cheyne Walk, once the domestic decadence of choice for rock Gods Mick Jagger and David Bowie, it was somehow fitting that the last time a major single-seater event took place on the streets of the capital was 1972, the year Ziggy Stardust remodelled the musical landscape and Emerson Fittipaldi took his first F1 title.

Forty-three years on, Bowie wasn’t about, but Emmo serenely graced the paddock, every inch the racing icon.

Set amid the glorious rose gardens, quaint tea kiosks and playing fields of Battersea Park, local fitness freaks and dog walkers looked on inquisitively as the Formula E community made final preparations for the finale to the inaugural season. At one of those kiosks I heard two elderly dog walkers praising the disruption to their leisurely afternoon.

“I’m told these cars are very quiet, Harry,” said one.

“Yes, I wonder if they crash quietly too,” Harry replied!

“I used to play Sunday morning football right over there,” series boss Agag told me as we strolled from the e-village park area back to the paddock. “There was a little Spanish football league I used to play in, and I used to run around the park too.”

Agag lived just across the road from Battersea for many years and envisioned cars racing around some of the perimeter roads. Like hundreds of other things over the last three years Agag made this particular vision a reality.

As a result, both he and his team deserve an enormous amount of credit.

There were of course critics of the race and the set-up of the infrastructure in the park. One ill-informed journalist – Dan Jones – writing in the London Evening Standard, dished out lazy accusations of poor logistical management and road closures. The truth was that not a single traffic jam was caused by the set-up or de-rigs in or around Battersea Park last week.

This apart, the weekend was met with genuine affection from the media throng, many of who were from the daily British newspaper press.

One of Fleet Street’s finest F1 scribes was even heard to wax lyrical about the divisive ‘Fan Boost’. I’ll save his name from these pages for fear of him having unforeseen problems with the paddock scanners and his pass at Silverstone this weekend!

Everywhere you went there were happy faces at Battersea Park. From the drivers themselves (well, maybe not Sebastien Buemi after the second race) to the many families enjoying the sunshine, bearded hipsters frequenting trendy bars and eateries in South Kensington, they all exuded a genuine festival feel-good factor.

I promised myself I wouldn’t make any F1 comparisons, but blot my copybook I shall. When was the last time you saw that degree of unanimous joy at a Grand Prix?

Several Formula 1 movers and shakers were in town to see the London ePrix this weekend. As well as Felipe Massa of Williams, Mercedes’ Wolfgang Schattling, marketing guru Zak Brown,Renault ‘grande fromage’ Carlos Ghosnand Lotus’ Federico Gastaldi were all present to witness the event.

Speaking to Motorsport.com on the grid, Lotus deputy team principal Federico Gastaldi reckoned that F1 could follow Formula E’s lead to get more city street races on to the calendar.

“I think it could be fantastic in F1 to have more street races because it is colourful,” said Gastaldi who was invited personally by Agag to the event. “Think of Singapore and Monaco they are great events and attract so many people. Buenos Aires and Rio de Janiero could be good races to go to for F1.

“I see Formula E went to Buenos Aires which is my hometown and that would be fantastic to race there.”

“I think nobody can really step on F1’s toes and Formula E is just a different product really. From what I can see Formula E is an interesting concept and they are trying to make it work.

“It is colourful and interesting to see it in action here in London.”

10 teams to register for the second Formula E season