Audi retains Abt alongside di Grassi for 2018/19 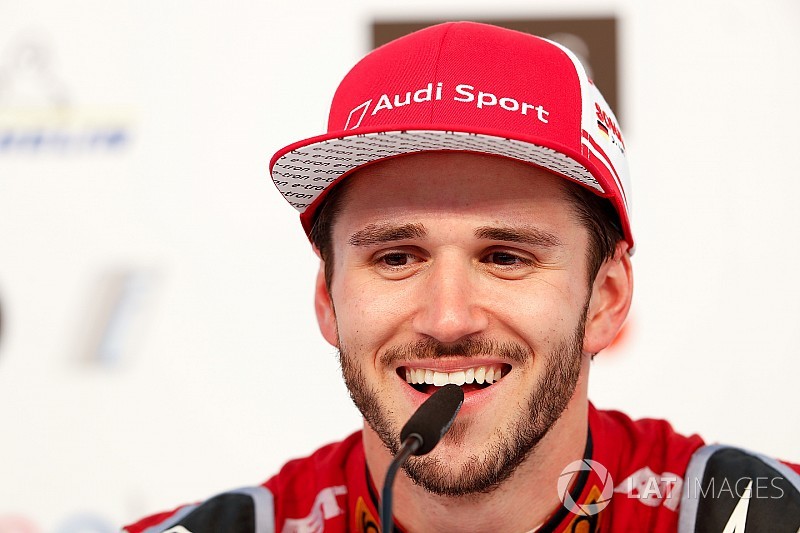 Audi will retain its current driver line-up of Daniel Abt and Lucas di Grassi when the Gen2 era of Formula E commences in 2018/19.

The duo have competed for the same squad since FE’s inaugural season when it was known as Audi Sport Abt but was yet to become a full works entry.

That takeover was completed ahead of the current campaign, with Abt staying alongside long-term factory Audi driver di Grassi.

Following his Berlin win last time out – where he took also took pole and set the fastest lap – Abt explained that he still did not have contract in place for season five.

Audi has now officially confirmed that it would be exercising its option to retain the 25-year-old, who also won in Mexico City and lost a victory in Hong for a technical passport infringement earlier this season.

“[Staying at Audi] was my ideal plan – and with this season and especially also with the last race that helped to convince people,” Abt told Motorsport.com.

“For [Audi] it was maybe more clear what they wanted for next season than for me, but I just said ‘as long as things are not outspoken and not written I cannot speak about season five if I don’t have it 100% confirmed’.

“Maybe you guys [the media] helped a bit – but in the end it was ok. We’ve talked about it and it’s all done now.

“They came to me because they read the articles and said ‘look Daniel, for us we thought it was more or less that you will stay with us’ and I said ‘ok, maybe for you, [but] not so much for me’ and then we just worked and now it’s all sorted.”

McNish announced the news at the pre-event press conference in Zurich.

When asked by Motorsport.com if the decision-making process over Abt’s deal was already in motion before his Berlin victory, he replied: “It was in process, it was always part of the plan.

“Just to make sure that everybody was clear and he didn’t have any unnecessary questions, because we need him to focus on winning Zurich and New York.

Di Grassi also offered his congratulations to his teammate.

“Daniel was very underestimated in the first few seasons – but he learned a lot,” the reigning FE champion said.

“He really adapted to Formula E, he’s a strong driver now and it’s more than deserved for him to stay for season five.

“I have a long-term contract with Audi – I love the team, I’ve been there since 2012 in LMP1 – and for me it’s great that Daniel is also there.”

>>>> Find out how you can follow the 2018 Zurich E-Prix here [http://www.fiaformulae.com/en/championship/tv-schedule/]