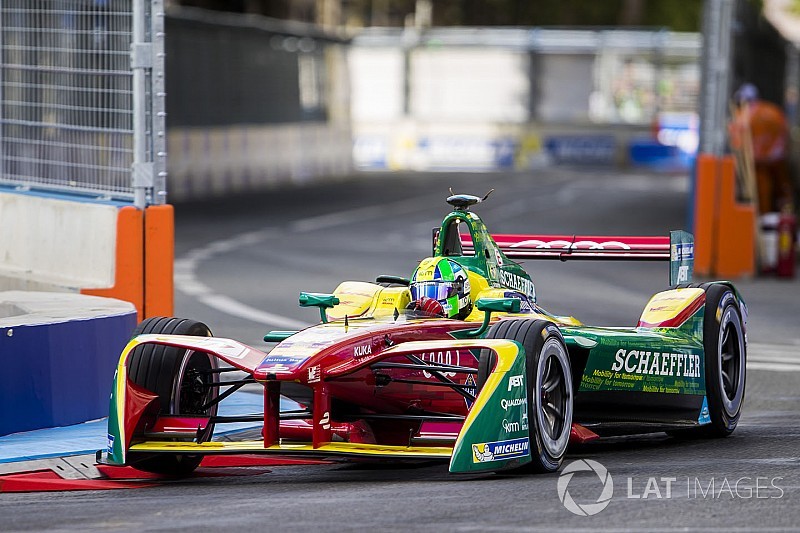 Audi has formalised its works status in the FIA Formula E championship by completing its takeover of the Abt squad, and will run under the Audi Sport Abt Schaeffler banner from next season.

The German manufacturer will continue to use technology partner Schaeffler for its powertrain as it ramps up its efforts in the all-electric championship.

Audi notified its intentions of promoting its growing programmes in e-mobility through Formula E last autumn, and Friday's announcement concludes the transformation of the pseudo-works Abt Schaeffler Audi Sport squad in to a full factory effort.

“We’ve been supporting the Formula E commitment with increasing intensity in recent months – on the race days, in the development of the new powertrain and in numerous off-track activities as well,” said Audi board member Dr. Peter Mertens.

“That Audi will be the first German automobile manufacturer to be actively involved in the racing series starting next season is also a clear commitment of our brand to electric mobility, on the race track as of December and next year on the road as well with the new Audi e-tron,” concluded Mertens.

Audi's head of motorsport Dieter Gass has been a vital part of the company's entry into Formula E, and will be the public face of the newly concentrated set-up that Audi sees as critical in its representation of promoting e-mobility within its brand.

“Formula E delivers spectacular motorsport in the hearts of fascinating cities and is a tremendous stage to present electric mobility and motorsport in their most emotive forms,” said Gass.

“We’re currently seeing an extremely exciting season with a gripping title race. I’m happy that now everything has been put on track for a successful future too.”

Audi registered as a season five manufacturer back in March but initially under the Abt name.

The naming of the powertrain is understood to be open to a name change at any stage in the build-up to the one car/one driver format, which will begin for the 2018-19 season.

Abt stays as operational partner

The Abt team will remain as part of the factory Audi Formula E effort after entering the series from the outset, winning the first-ever Formula E race with Lucas di Grassi in Beijing back in September 2014.

Since then it has come close to winning both of the first two titles, but has been blighted by mistakes which have cost it and di Grassi likely success.

“We’re proud that as one of the founding members we’ve added a chapter to motorsport’s history books,” said Abt team owner Hans-Jurgen Abt.

“Within the space of just a few years, Formula E has seen such a strong development that a team can no longer be competitive without the backing of an automobile manufacturer.

"That’s why we’re gladly handing over the reins to Audi – a partner we’ve been successfully cooperating with in motorsport and routine business for many decades. There’s no doubt in my mind that we’re going to continue this success story in Formula E as well.”

The team is currently developing both its season four and season five powertrains, the former of which has completed several days at Audi’s Neuburg base and also in Spain.

It is believed that the team's star driver di Grassi has a contract up to at least season five of the all-electric championship.

The status of his teammate since the series' inception, Daniel Abt, is less clear, but an extension to his deal for a fourth season is currently thought to be likely.