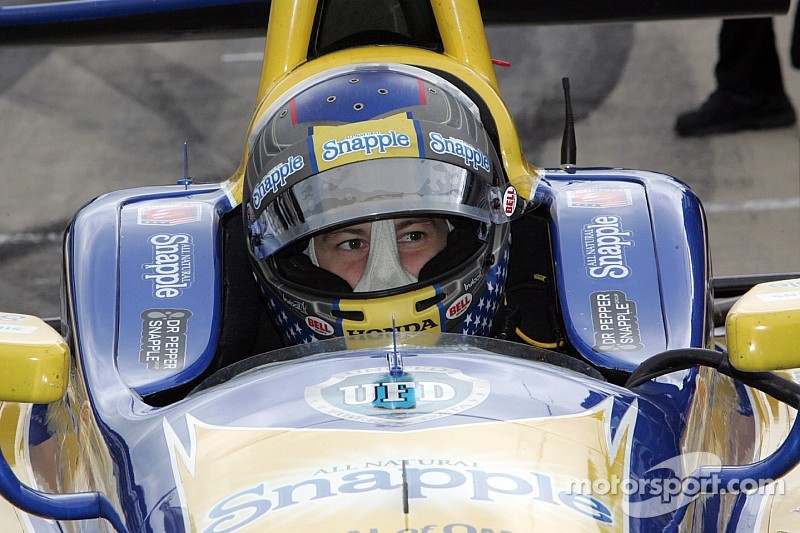 Due to Franck Montagny's lapse in judgement, young Marco Andretti will be making his debut in the upcoming Formula E ePrix.

The personnel changes at Andretti Autosport’s Formula E team shouldn’t have anyone second-guessing. While it’s horrible to see that free spirit Franck Montagny has been silly enough to take a cocaine-like drug prior to a race (but at least he admitted he did it) and then be banned from racing until the FIA gives him their hammer, the news that Marco Andretti will drive for his family-owned team in the next Formula E contest shouldn’t come as any surprise.

In fact, I’m surprised Andretti’s stint behind the wheel of the team’s No. 28 Spark-Renault SRT_01E hasn’t come sooner. Team technical leader Roger Griffiths intimated Andretti’s pending appearance well before the second race in the series. And the fact that he’s the sole American driver in the 20-car field should help interest in this country for that race and into the balance of the Formula E season, which includes an event in my hometown of Long Beach, Calif. two weeks before the Indy cars invade The Beach.

Although Andretti has yet to sit in the Formula E racecar - cars are impounded between races - he’s looking forward to this new challenge. Thanks to his team’s current fifth place standings in the championship, Andretti feels comfy enough moving forward into this competition without anything more than at-track practice. In Formula E the practice, qualifying and race all take place in a single day, while mechanics are allowed to do prep work the day prior to competing.

The fourth race in the Formula E inaugural season takes place on a 12-turn Puerto Madero circuit in Buenos Aires, Argentina. Andretti’s teammate, Jean-Eric Vergne, who raced for the team in the prior event at Punta Del Este in mid-December, started on pole for that event but finished 14th after late-race drama. The Frenchman, who comes to Andretti Autosport following two years with Toro Rosso’s Formula 1 team is widely tipped to find a seat in the 2015 Verizon IndyCar Series, possibly with Andretti’s squad, despite his new deal with Ferrari.

Currently, Marco Andretti is the sole American-born driver in Formula E, which makes two stops in the United States (the only country awarded two race dates) for the fifth round at Miami on March 14th and the sixth round on the streets of Long Beach April 4th.

Andretti Autosport finished second (Montagny) and fourth with Charles Pic in the inaugural Beijing ePrix, while Montagny’s collision in the second round found him 15th and teammate Matthew Brabham took 13th in Malaysia. Vergne took over for Montagny in Uruguay (14th) while Brabham crashed out and was classified 17th.

Marco Andretti is a nine-year veteran of the Verizon IndyCar Series and has a two victories to his credit (Sonoma Raceway in his 2006 rookie season) and at Iowa Speedway in 2011. He is the son of team owner Michael and grandson of the legendary Mario Andretti. Will a good result in the ePrix at Argentina presage equal results in his regular drive? We’ll have to watch, but we can give him a fighting chance in Buenos Aires by voting Marco for added FanBoost power at fiaformulae.com.