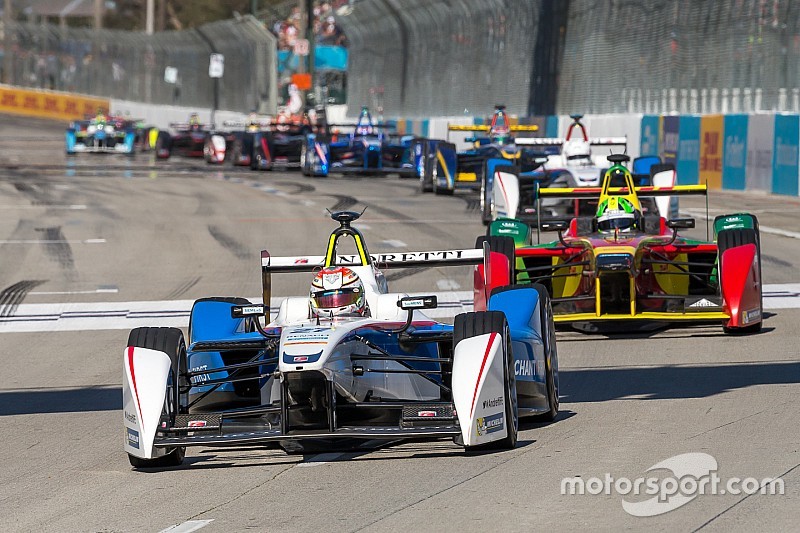 Justin Wilson: "I really like the car - the grip, the aero and the power is all scaled just like in Indycar or F1"

Andretti Formula-E Team came away from a thrilling Moscow ePrix with a 16 points total to lift the American team back to fifth place in the FIA Formula-E Championship.

After clinching his third pole position and setting the fastest lap of the race, Jean-Éric Vergne was then embroiled in a controversial final lap. He took the chequer in a disappointing P5, however following a host of multi-car post-race stewards investigations JEV was promoted to P4, but stripped of his fastest lap accolade.

Andretti Autosport IndyCar driver Justin Wilson joined the Formula E team in Moscow and made a solid debut performance. The Briton closed the top 10 to bring home another valuable point for the team at the end of the eighth round of the all-electric racing series.

Set in the heart of Russia’s capital city, the 2.29km anti-clockwise street circuit ran alongside the Moskva River and took in the stunning sights of Staraya Square, Red Square, the Moscow Gostiny Dvor, Saint Basil’s Cathedral and the Kremlin. Featuring 13 corners comprising a series of quick bends, 90-degree turns and sharp hairpins, it provided all the thrills and spills it had promised in front of a capacity crowd.

“I feel that we made genuine progress this weekend with car setup, achieving our third pole for JEV. We still need to work on race performance as we appear to be missing something here and we were unlucky not to have been on the podium due to a questionable move on last lap. However, we were very pleased to welcome Justin (Wilson) to our Formula E Team; he adapted very quickly to the car and his feedback has been extremely helpful.

"Overall we were very impressed with the event here in Moscow; an incredible location and with such an exciting race track for the drivers. We would like to thank everyone involved with the organisation of the race and we now look forward to the season finale in London.”

“The race start was not ideal – I don’t know why we had so much wheel spin so I lost a position. I think the performance of the car was clearly just not good enough in the race; qualifying was good and I was happy, but in the race I couldn’t do anything more to go quicker. Then on the last lap I had a bit of a fight with Buemi; he cut the chicane and basically didn’t give me back the position and I was stuck on the outside so Heidfeld passed me and I lost another position. It is disappointing to start on pole and finish in fifth.” [promoted to fourth post race]

"I had a lot of fun! It was an interesting race, battling with some of the guys, Jarno Trulli in particular. I passed him once, but found myself stuck behind him again, so that was a little frustrating, but in the end Duval lunged to get by me and hit Jarno, taking them both out, so I got by. I really like the car - the grip, the aero and the power is all scaled just like in Indycar or F1, and the tracks are a little bit tighter, so it still feels like the right speed. I think that the series is definitely going in the right direction and I’d like to do more races in Formula E.”

Moscow ePrix narrows down the list of title hopefuls