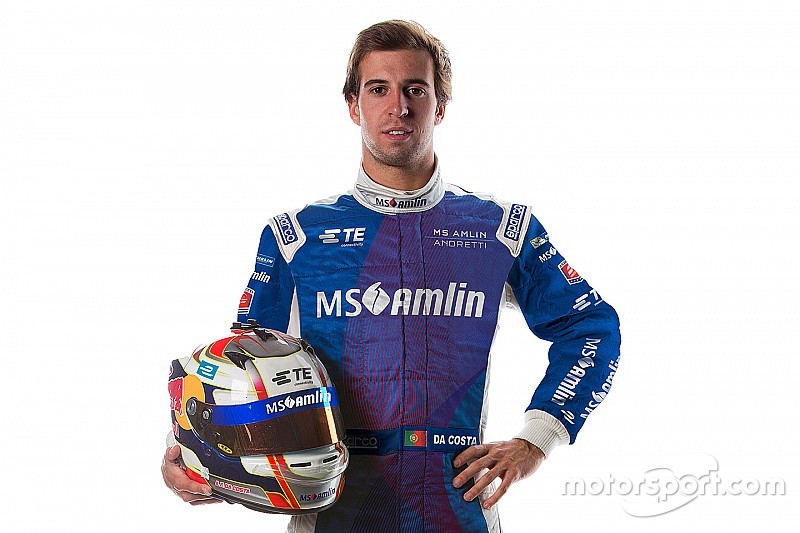 The Portuguese driver, who won the 2015 Buenos Aires ePrix, raced for Team Aguri during the first two seasons of the series.

Motorsport.com first revealed that Felix da Costa was a prime candidate for an Andretti seat back in June.

"To join Andretti Formula E is a big thing for me,” said Felix da Costa. “I have always loved the way Americans go racing, and how they do sports in general. I’m a big fan of IndyCar and, to me, Andretti Autosport has always been an iconic team.

"To finally be able to say that I’m joining and racing for this amazing team and family is a big deal. We have a great team in place, the MS Amlin car looks good and the people around me are super professional. I’m ready to get the season started.”

Felix da Costa, who will partner Robin Frijns at the team, is also a BMW factory driver in the DTM, with the German marque having previously confirmed its involvement in the series.

Despite running the season-one powertrain, Andretti managed to climb as high as seventh in the teams' standings in 2015-2016, with Frijns scoring its sole podium at Putrajaya.

"I feel adding [Felix da Costa] is going to give us one of the strongest driver line-ups in the field," said team boss Michael Andretti.

"We’ve been watching Antonio over the last two seasons and I feel he has been very impressive on the racetrack. It will be great to be racing with him, instead of against him."