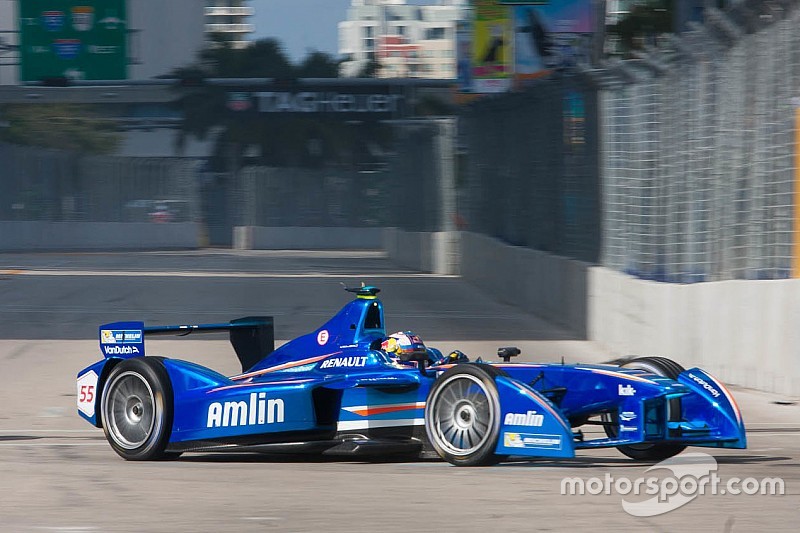 Amlin, title partner of the Aguri Formula E team, is set to split with the squad and will switch to a rival for season two of the all-electric series, Motorsport.com has learned.

The news comes after Amlin - a commercial insurer - and Super Aguri Formula E Ltd appeared in London's High Court today after an injunction hearing was lodged by the team.

However, Motorsport.com has learned that the judge who presided over the hearing – Mr Justice Morgan – stated that the injunction was 'unprecedented' and the hearing subsequently ended.

It is unclear at this stage how the conflict will end, but the London ePrix will be the final race that the two entities will be seen together.

One potential outcome from today's injunction hearing is a lawsuit and subsequent trial.

Motorsport.com has also learned that the association between Amlin and its current partner – SAFE Racing (Super Aguri Formula E Ltd) - which runs and operates the entire operation – deteriorated in the spring.

Amlin is understood to have given notice of its intent to extricate itself from the contract last month from what is believed to be an initial three year deal, with an option for a further two.

This is believed to have triggered the court injunction from SAFE Racing Ltd today on Amlin for allegedly breaking their commercial agreement.

Performance not the problem

The basis of Amlin's decision to split with SAFE is unclear but not believed to be performance related. Amlin Aguri won the Buenos Aires ePrix with Antonio Felix da Costa in January, and has scored a further seven points scoring finishes.

High level sources have confirmed to Motorsport.com that senior Amlin personnel are believed to have visited and met with its intended future Formula E partner team earlier this year to potentially orchestrate the move to the team, which has yet to win a Formula E race.

Both SAFE Racing and Amlin did not return calls on the situation when approached by Motorsport.com today.

Motorsport.com understands SAFE Racing has in place a working budget for the 2015/16 season and hopes to retain the services of its star driver da Costa.

An official announcement that Amlin is to be the new partner of an existing team in Formula E is expected to come after Battersea Park this weekend.

The Amlin Aguri cars are set to run in their familiar Amlin colours at the London ePrix with Salvador Duran and Sakon Yamamoto driving.

Fontana to race at London ePrix with Trulli