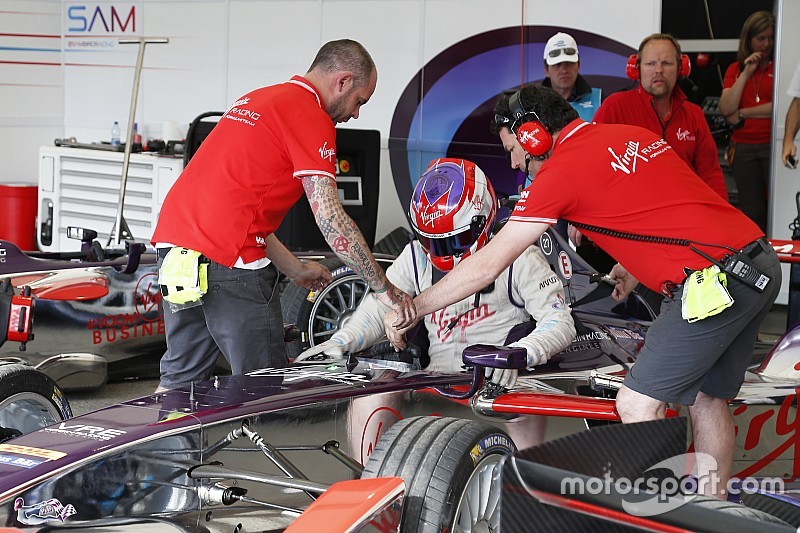 Former Formula 1 racer Jaime Alguersuari has explained his absence from the Formula E Championship finale with Virgin Racing is due to health concerns after he fainted following the Moscow ePrix.

Writing on his Facebook page, Alguersuari explained: “On June 6th, after the Moscow ePrix, I suffered a faint as a result of dehydration and extreme exhaustion during the race.

“As a consequence of this, I had some medical tests done, with successful results, and at the moment my license is temporarily suspended until the FIA makes sure that I'm fully able to carry on with my sporting career.

“My health is safe, and I'm in shape, and I'm absolutely convinced I can compete this weekend, but for security reasons we need to delve into medical research. For this reason, together with Virgin Racing, the FIA and the doctors we've decided not to take part in the London ePrix this weekend.

“It's a shame because it will be the last ePrix of the season and I wanted to race in front of our fans, but we must be respectful with the FIA's procedures.

“I want to wish all the luck to my team Virgin Racing in the last ePrix of the 2014/15 Formula E season.”