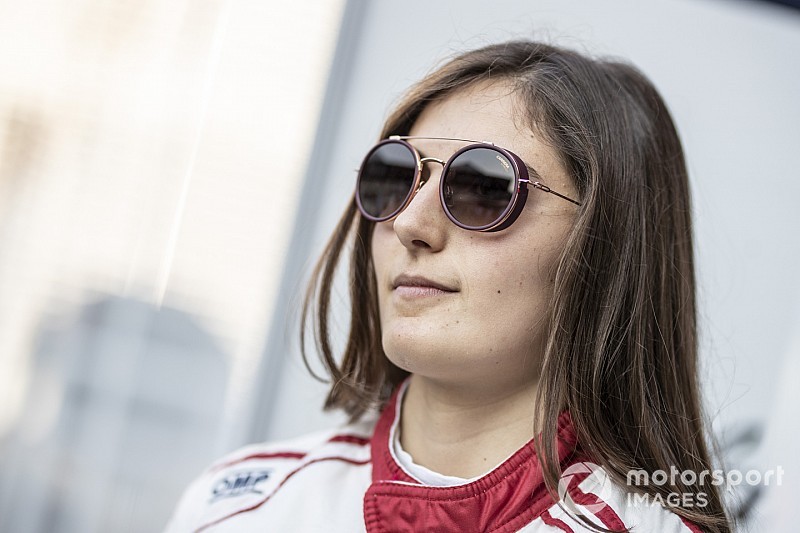 Formula E will host an in-season test after the Ad Diriyah ePrix, with extra slots handed to teams that run a female driver in addition to their regular racers.

Drivers including Jamie Chadwick, Simona de Silvestro, Carmen Jorda, Tatiana Calderon and Katherine Legge will take part in the session, which has been organised at the request of the race’s promoter.

The test will be split into two sessions for morning and afternoon running, and will take place the day after the first race of FE’s 2018/19 championship.

All teams that have arranged to run a female driver will be allowed to enter two cars in each session.

Audi and Jaguar are the only teams running a single entry during the test.

Chadwick, who won the 2015 British GT4 championship, will drive for the NIO squad, with race drivers Oliver Turvey and Tom Dillmann set to share running in the team’s other car.

De Silvestro – announced as Venturi’s official season five test driver earlier on Tuesday – will drive for the Monaco-based manufacturer for the first time, with Felipe Massa and Edoardo Mortara also taking part in one session each.

Jorda will represent Nissan e.dams alongside Sebastien Buemi, while Alexander Albon is again named on the test entry list for the Ad Diriyah test.

Motorsport.com understands that he is set to be replaced in the team’s race line-up by Oliver Rowland as Albon closes on a Toro Rosso Formula 1 seat for 2019.

Calderon will drive in the test for the DS Techeetah squad, with Jean-Eric Vergne and Andre Lotterer sharing the team’s remaining on-track time.

Legge will take part in the test for Mahindra Racing, with Jerome D'Ambrosio driving the team’s other car.

The HWA and Dragon squads have both been listed with two entries for the test, but it is understood that they are still working to secure deals for female drivers to take part.

Stoffel Vandoorne and Gary Paffett, and Jose Maria Lopez and Max Gunther have all been listed as taking part in one session each for HWA and Dragon respectively.

Audi’s sole entry will be driven by the team’s test and development driver Nico Muller, while Mitch Evans will represent Jaguar.

The Ad Diriyah test will be followed by further in-season tests during the 2018/19 FE season, which will take place in Marrakech and Mexico City.