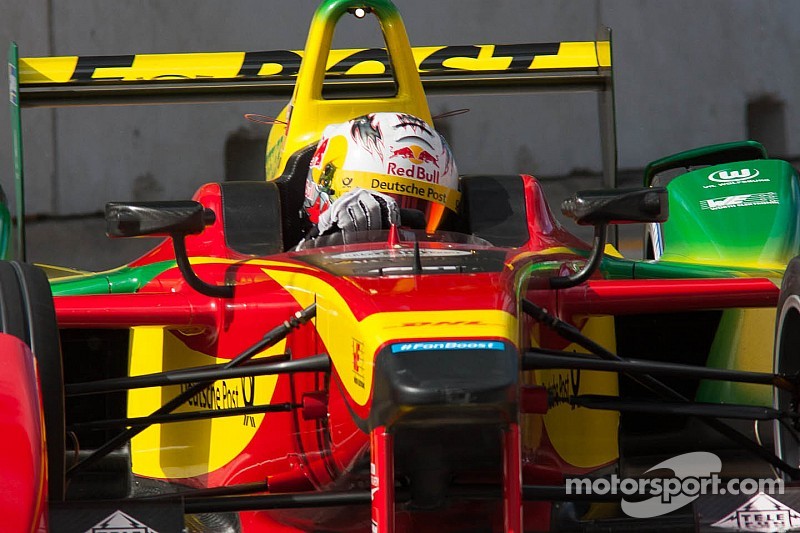 Round six in Long Beach marks the beginning of the second half of the season of the series for electrically powered formula cars.

From the East Coast to the West Coast: Following the round in Miami a little more than two weeks ago Formula E will be visiting California this Saturday (4 April). Round six in Long Beach marks the beginning of the second half of the season of the series for electrically powered formula cars. Right in the midst of the battle for points and trophies: Daniel Abt, Lucas di Grassi and ABT Sportsline.

Daniel Abt in particular is travelling to Long Beach with plenty of tailwind. Following several strong performances the youngster finally rewarded himself in the most recent race with a third place, which also made him the first German in Formula E history to take a podium position. His team-mate Lucas di Grassi, who had previously clinched three trophies, scored important points as well and, with a narrow gap of seven points, is ranking in second place of the overall standings.

Long Beach has a great name in motorsport. The fans can look forward to a thrilling race in a fascinating place.

The Long Beach ePrix will be held in a stunning setting. The 2.131-kilometre circuit is situated directly on the Pacific, some 30 kilometres from downtown Los Angeles. Seven corners, including a tight hairpin turn, have to be mastered. Formula E cars reach a top speed of a little more than 200 km/h and the ABT drivers achieved lap times of just under a minute in the simulator. Parts of the track correspond to the legendary circuit that has previously been the venue of ChampCar, IndyCar and  between 1976 and 1983  even Formula One races. Long Beach is regarded as the most famous city street circuit in North America.

The aim for the race on the outskirts of Los Angeles is clear: With a strong team performance ABT Sportsline is setting its sights on the top of the standings  as the only German outfit is trailing the French Renault works team within striking distance in second place. Viewers in Germany wont miss out on any of the action as Sky will be broadcasting the race live during the night from Saturday to Sunday, starting at 00.45 (CEST). Staying awake is worth it, as two curious aspects have shown: no pole sitter has ever won the race this season and never has the driver who was leading the race three laps before the end finished as the winner. This can only be found in Formula E.

After six visits to Asia, as well as to North and South America, Formula E, following the race in Long Beach, will finally arrive in Europe. On 9 May the drivers will be competing in the streets of Monaco before ABT Sportslines home round will be held in Berlin on 23 May.

Team director and drivers  thats what they say

Hans-Jürgen Abt: At the race in California were going to start the second half of the season. Our assessment is absolutely positive: Formula E has acquired an excellent reputation far beyond the motorsport scene with superbly organised events, thrilling races and many innovative activities within just a few months. We can only congratulate the officials on this. Were delighted to be part of this family with our team and our two drivers. And obviously were a bit proud of being in contention at the very front in all the classifications. In terms of the location Long Beach might even be able to top the race in Miami and were determined to up the ante as well: more points, more trophies  that is clearly our aim.

Daniel Abt (D, 22, #66): Hollywood, Sunset Boulevard, Beverly Hills  all these names, for me as a fan of the US, obviously have a great ring to them. But, be that as it may, we unfortunately wont have a lot of time for sightseeing because were travelling to Long Beach with big aims. Im hoping that on taking a podium place in Miami I finally broke my duck and that more good results are now going to follow. The preparation in the simulator was important and on Friday and Saturday were going to concentrate on working through our programme as well. Everybody in the team is fired up for the next trophy!

Lucas di Grassi (BR, 30, #11): The race in Miami again showed how tight the competition is in Formula E  but thats exactly what makes this series so fascinating. Due to the temperature issues on the battery of my car I only scored two points but Im optimistic that were going to strike back in California. Our team is perfectly practised, all of the wheels are engaged and we enjoy working together. Long Beach has a great name in motorsport. The fans can look forward to a thrilling race in a fascinating place.