ABT competes in the heart of Buenos Aires 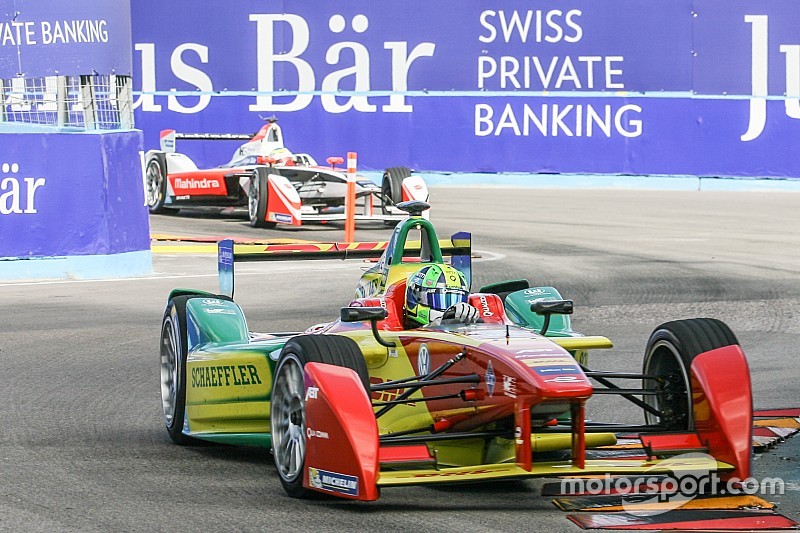 The fourth of eleven races this season is held in the centre of the capital Buenos Aires.

The short Christmas break is over: on Saturday (February 6), Formula E starts the new motorsport year in Argentina. The fourth of eleven races this season is held in the centre of the capital Buenos Aires. Team ABT Schaeffler Audi Sport around Lucas di Grassi and Daniel Abt has a score to settle with the circuit located in the popular district Puerto Madero.

On the podium at all three races this season and including last season nine podiums in 14 races: Lucas di Grassi sets benchmarks in Formula E. In his as good as 'home race' in South America, the Brazilian aims to continue his strong form and establish himself firmly as title candidate this season. The Monegasque resident travels to Argentina second in the standings only one point behind the leader.

The new government is a wind of change for the country. This fits perfectly to Formula E.

"Races in South America are always something very special for me," says Lucas di Grassi, who failed to score points on the track last year in Buenos Aires for the first and only time so far in his Formula E career: he was forced to retire due to a technical defect not of his making while clearly leading the race. "The fans are enjoying an incredibly close championship this season in which every minute detail is crucial." With his avid interest in politics, the event in Argentina has another positive aspect for di Grassi: "The new government is a wind of change for the country. This fits perfectly to Formula E."

The 2.480 kilometer track runs through the popular trend district Puerto Madero and directly alongside the Río de la Plata River. The circuit provides drivers with a mixture of fast sections and slow hairpins. The fastest corner is taken at 170 km/h; the cars reach a maximum speed of near 200 km/h at the end of the start-finish straight. In 2015, the pole setter recorded a time of 1m 9.134s.

Like his team mate, Daniel Abt also didn't see the chequered flag last year. With the podium in sight, he collided with a competitor on the last lap while making what turned out to be a somewhat optimistic overtaking manoeuvre. "I'm looking forward to Buenos Aires " a fantastic city, a demanding circuit. I started the new year with a little success and aim to continue this in Formula E." Daniel Abt finished third in the 24-hour race in Dubai on his race debut in a GT car.

The fourth round of the season starts on Saturday, February 6 at 16:00 local time (20:00 CET), and is broadcast in Germany by Eurosport. The channel's fee-based player also streams the practice sessions and qualifying. Following the event in Argentina, the next stop for the electric race series is in Mexico (12 March) where its makes its premiere.