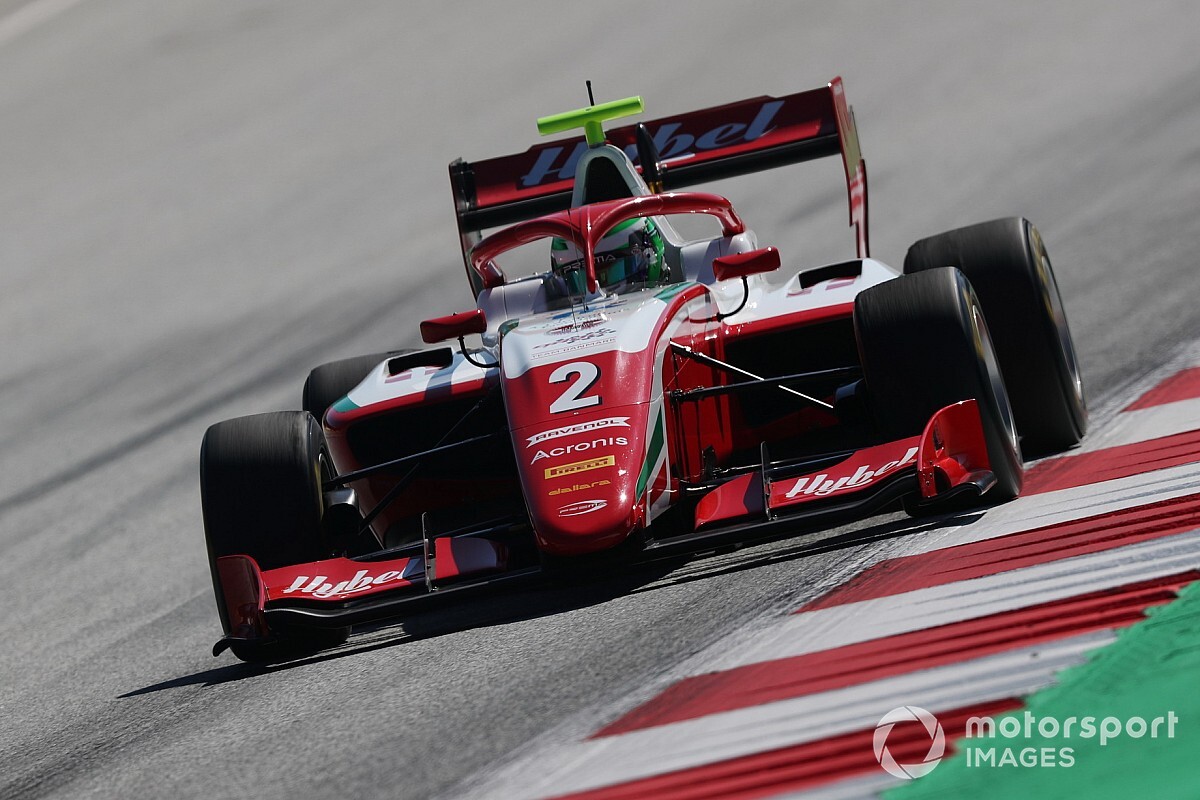 Prema driver Frederik Vesti secured pole for the opening race of the second round of the new FIA Formula 3 season in Austria, after teammate Logan Sargeant was hit by technical issues.

Sargeant headed the field when the session was red-flagged for a second time, thanks to Red Bull Junior Igor Fraga pulling off the road and parking by the side of the track on the approach to Turn 1.

The American then couldn’t get his car restarted for the final five-minute burst, and despite Prema exhortations to turn it “all off and then on again” the reset didn’t work.

Sargeant was still fastest when the chequered flag fell, but Vesti and Trident driver David Beckmann were on quicker laps, and Vesti finally claimed pole by 0.123 seconds.

That was redemption for reigning Formula Regional European champion Vesti, who set a quicker time than Sargeant’s before the second stoppage, only to have that lap taken away for running too wide at Turn 9.

First-round winner and championship leader Oscar Piastri this time brought up the rear of the Prema trio, the 2019 Formula Renault Eurocup champion and Renault F1 Junior completing a 1-3-4 for the Italian team.

Reigning German Formula 4 title winner Theo Pourchaire made a big step forward from the opening weekend, the Frenchman setting a time good enough for fifth in his ART Grand Prix machine, while the second Trident car of free-practice pacesetter Lirim Zendeli will share the third row with him.

Alex Peroni looked good at the beginning of the session for Campos Racing, and then popped into the top three again in the closing stages, but he fell to seventh. Briton Olli Caldwell made it three Trident cars in the top eight.

Last weekend’s polesitter Sebastian Fernandez was fastest on the opening runs for ART, and was trying to sneak in an extra flier before the mid-session lull when he lost it at the Turn 7 left-hander and spun into the gravel, coming to rest up against the barrier to cause the first red flag.