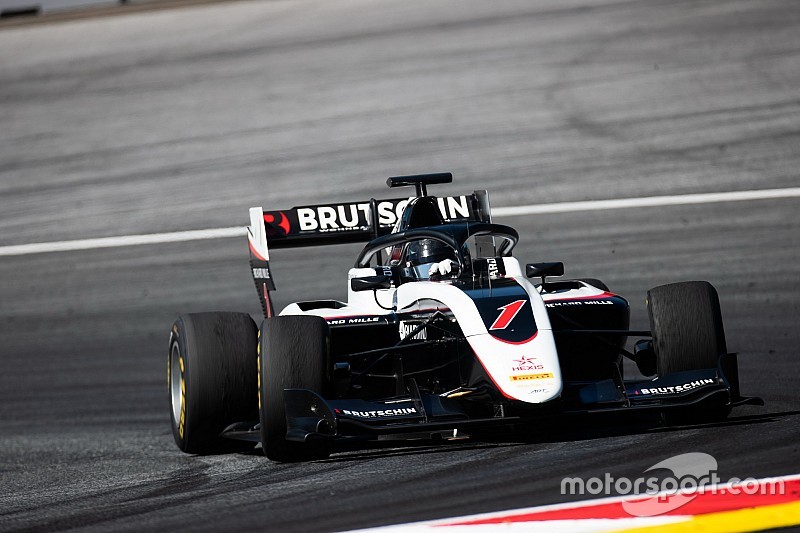 ART Grand Prix drivers Christian Lundgaard and David Beckmann have been disqualified from FIA Formula 3 qualifying in Austria after their physios were deemed to be working on their cars.

Renault Formula 1 junior Lundgaard took fifth in qualifying for the ART team, the squad which won eight of nine drivers’ titles in the GP3 Series before it merged with European F3 to form the new FIA-backed championship for this year.

Lundgaard and ninth-placed Beckmann's physios were both seen holding cooling devices towards the cars, which the stewards deemed was against regulations, as the physios were not part of the 11-member team allowed to work on each car as per Formula 3 regulations.

A statement released by F3 regarding the penalties for Lundgaard and Beckmann read: “It was found that two team members who are not on the operational staff list were involved in actions impacting the mechanical and engineering operation of the cars.

“These two team members – who were identified as the drivers’ physios – were seen holding a blower which was directing air into the engine intake above the drivers’ head, therefore cooling the engine.

“ART Grand Prix’s Team Manager indicated that the drivers’ physios were not acting on behalf of the team.

“Having considered the matter extensively, the stewards determined that the actions of the drivers’ physios were a serious breach of the operational staff regulations which are designed to be a key cost limiting component for the championship.

“Both Lundgaard and Beckmann – who had qualified fifth and ninth respectively – have been given permission to start race one from the back of the grid.”

The third ART of Max Fewtrell is unaffected and will start from a season-best second place on the grid for the first race of the weekend at the Red Bull Ring. As well as the two ART penalties, two more drivers were sanctioned for not slowing sufficiently under double-waved yellow flags during qualifying.

The regulation which was breached:

21.5 From the start of the Event until two hours after the start of the last race of the event no competitor may have more than a total of 11 team personnel who are associated in any way with the operation of the cars within the confines of the circuit. For the avoidance of doubt Team Principals, unless they cover the same role of Team Managers, Formula 3 drivers and staff whose duties are solely and genuinely connected with sponsors, marketing, public relations and security are not considered operational personnel.

A list of all operational, exempt and single race personnel must be submitted to the promoter prior to each Event using the official template that may be found in the Appendix 5 to these Sporting Regulations.