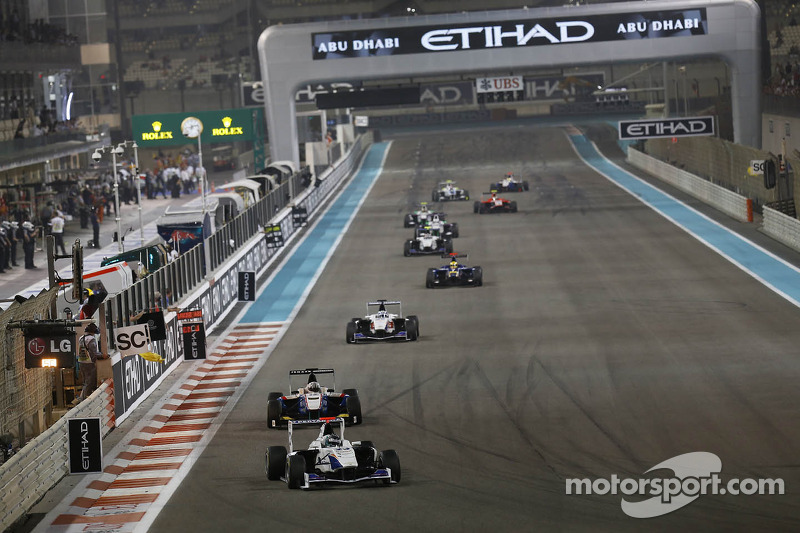 Trident Racing will continue their period of activity at Yas Marina from Tuesday to Thursday for a 3-day postseason test session.

The GP3 Series completed its 2013 race season last weekend at the beautiful Yas Marina Circuit in Abu Dhabi. Trident Racing had a positve weekend in the Emirates as the team delivered some good performances, although the points zone was missed by a tight margin. Giovanni Venturini completed the two races at Abu Dhabi in 11th and 9th place. 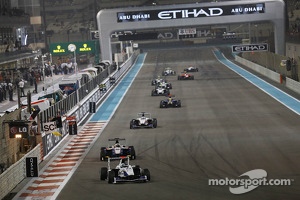 Team-mate Emanuele Zonzini scored a 15th and a 14th place while at his first weekend in the series, 24-year-old Robert Cregan quickly familiarized with the car and team. Despite the fact that he was coming from a long break from racing, the Irishman rounded out his weekend with a 14th and a 13th place.

Trident Racing will continue their period of activity at Yas Marina this weekend as teams and drivers will be on-track from Tuesday to Thursday for a 3-day postseason test session.

Giovanni Venturini “In free practice the feedback has been really good, and there were all the markings for a qualifying session to end into the top-10. Unfortunately, with the second set of tires we waited a little to much before going on-track and I found myself stuck in the late-session traffic. On Race Day, the pace was good but I struggled in passing the cars in front and that eventually prevented me to fight for the points”.

Robert Cregan “I hadn’t been to the Abu Dhabi track and Trident Racing before this weekend and so it’s been all new to me. It was also my first time with a new-spec GP3 car and I was immediately impressed by the increase in terms of power compared to the old one. So for me it’s been a learning weekend and I’m now looking forward to this week’s collective test, where I will take full advantage from the last few days’ experience to make some additional steps forward”.

Emanuele Zonzini “After practice I was quite satisfied because I sat in the first half of the pack without any previous knowledge of the track and that was a very positive day to start the weekend. In qualifying though, the step needed to aim at the top-10 did not came. In the two races I was resolved not to take useless risks because there were a lot of chances for first-corner contacts.

I managed to put a lot of kilometers under my belt and complete an experience which will turn out to be very useful despite I almost had to stop after a contact with Regalia in Race 2. On the straights I had a tough time in passing the cars I had in front, maybe due to a certain lack of top speed. All in all though, I think this has been a positive weekend”.