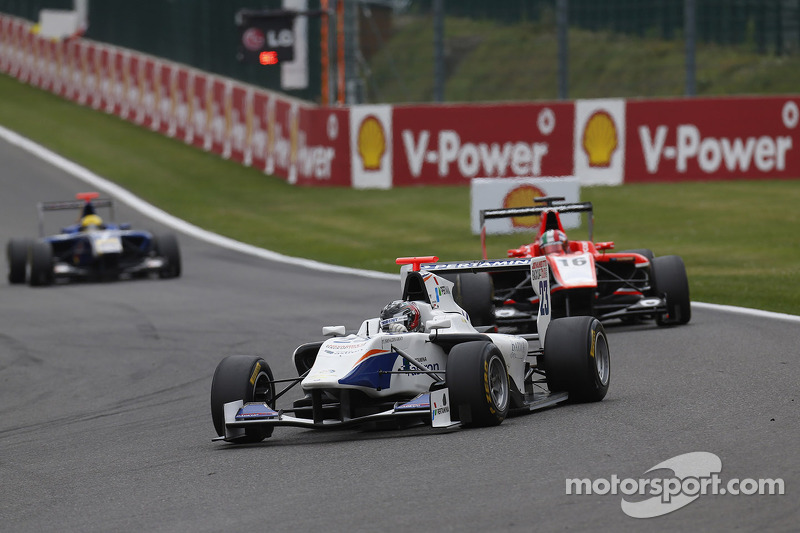 Not a good weekend for the team and their three drivers

Trident ended the 6th round of the 2013 GP3 Series Season with results which fell behind the early expectations. The final outcome of the weekend, which saw the team's three drivers outside the points zone, was conditioned by some unlucky breaks and by the tough adaptation of the cars to the 7-km Spa-Francorchamps circuit. 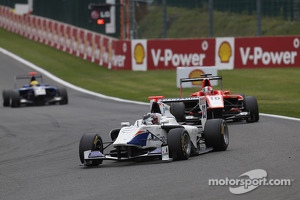 The team and drivers are now focused in preparing for the next round on the schedule at Monza. The Italian venue will be the perfect stage for a rebound as Trident and its three drivers will be lining-up at close to home. The Monza weekend will be a special one thanks to the support of many fans that support the team in their Italian outing.

Giovanni Venturini
“In practice I suffered from an ECU issue that prevented me from completing the work we scheduled. So I was forced to work on the set-up in qualifying and could not concentrate 100% on performance. In Race 1 I immediately felt that the car wansn't balanced compared to the track's conditions. The chassis was bottoming a lot and that slowed us down on the Les Combes straight. In the following split the pace was good, but unfortunately at Spa-Francorchamps without top speed it's tough to defend yourself. Now we hope to find a good set-up for Monza”.

David Fumanelli
“Both in practice and qualifying the car's pace was good. If only I could find a perfect lap at the end of qualifying I could have stayed in the top-5, and that's a good step forward compared to the previous races. With just two tenths of a second on the final laptime we would have been starting from the front rows. After accomplishing our best qualifying position of the year, at the start of Race 1, the car's electronic went in a reset and I had to repeat the whole starting procedure. Of course, I started last. I recovered up to the 15th spot and I think that was the best we could do. In Race 2 I held onto that position due to the overall performance, which wasn't as good as in Race 2”.

Emanuele Zonzini
“We experienced a troubled weekend. In qualifying I didn't find myself suited in terms of the confidence with the car. I was also slowed down by traffic but it wasn't my worst problem. In Race 1 I retired due to a crash. I was rear-ended and pushed against another car. Despite the fact that I was hit first, the stewards penalized me on the starting grid for Race 2. It's been an unfair decision considering the clarity of the TV footage. In Race 2 I was off to a careful start, but I cut a tire while hitting a kerb. So I had to pit and that meant the end of my chances to recover”.

Kvyat sets the pace in Free Practice at Monza