Trident Racing faced an uphill weekend at the Nurburgring 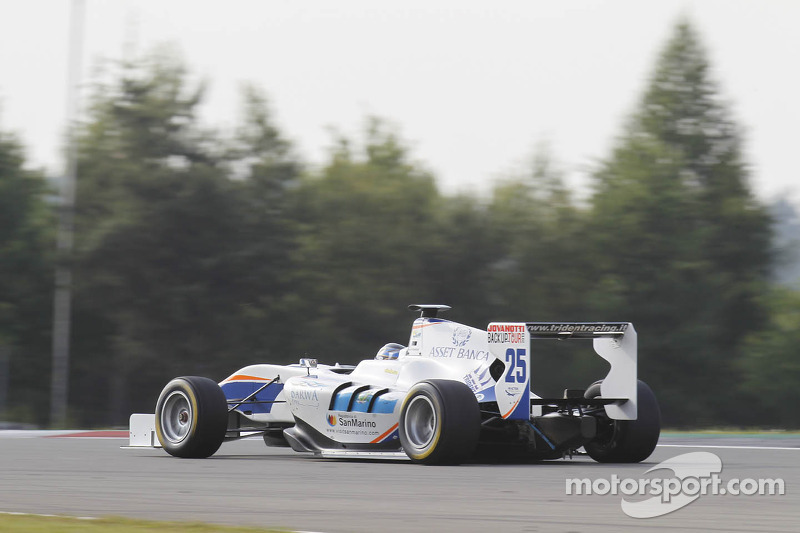 The GP3 Series will be back on-track from July 26th to 28th at the Hungaroring racetrack near Budapest for round 5 of 2013.

Just one week after cruising to victory at Silverstone, Trident faced an uphill weekend at the Nurburgring. 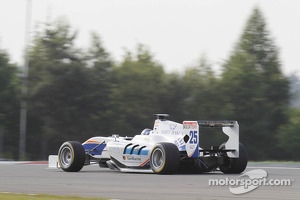 The Italian-based squad was penalized by a tough qualifying session where Giovanni Venturini, David Fumanelli and Emanuele Zonzini ended up respectively in 18th, 21st and 23rd place.

That unexpected outcome prevented the Trident drivers to aim at the points zone despite a much better race pace. In Race 1, Zonzini finished the race in 15th as he topped Venturini and Fumanelli. In Race 2 the racer from San Marino was again the team's forerunner in 12th place, followed by Venturini 2 spots back while Fumanelli rounded out the top-20.

The GP3 Series will be back on-track from July 26th to 28th at the Hungaroring racetrack near Budapest for round 5 of 2013.

Emanuele Zonzini: “This weekend I scored the team's best results and confirmed the steps I made in terms of competitive growth. I have less experience than my team-mates and comparing my performance with theirs is a good indication of the progress status. In terms of the overall results, I think we need to be more competitive in Qualifying. Even though we have a good race pace, it's impossible to aim at the top-10 starting beyond 15th place on the grid”.

Giovanni Venturini: “With the new tires we faced some big set-up problems since practice and we couldn't be as competitive as we wanted in qualifying trim. The race pace has been better and demonstrated that we're on the good path, but we have to be among the frontrunners as soon as the weekend starts in practice. The feedback gathered in Race 2 makes me pretty confident for the next round at Budapest”.

David Fumanelli: “It's been my worst weekend of the year. It already happened not to get the results we deserved but the overall speed was constantly there and only the circumstances had prevented me from ending up with some solid finishes. This time though, we just didn't have the performance.

I'm disappointed with these rules as they enable sudden changes in the type of tires used on race weekend and basically wipes away all the work done by the teams during the winter. Unfortunately, qualifying is one key aspect and we had problems in delivering the single quick lap. In Race 2 if just I could push without being stuck in traffic I could have made up some spots but I wouln't have been able to reach the top-10 anyway”.

Bamboo wins at the Nurburgring

Crucial weekend in Hungary for Daly