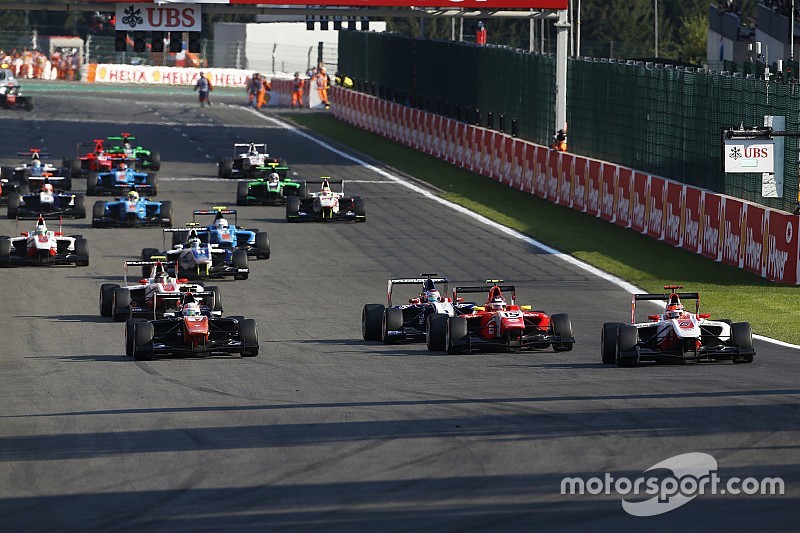 Teams and drivers set up camp at the historic and colorful Autodromo di Monza in Italy for Round 6.

Round 5 at Spa-Francorchamps produced a dramatic affair: Trident’s Luca Ghiotto scored his fourth pole of the campaign but it was his nearest rival Esteban Ocon who took advantage of the Italian’s sluggish getaway to lead the race. Ocon crossed the line ahead of Emil Bernstorff in a race which saw three virtual safety cars. However, the Frenchman was later given a 5 second time penalty for a VSC infringement, promoting the Arden International driver to his first victory of the year.

Sunday’s race was also eventful with Campos Racing’s Álex Palou leading a large portion of the race after starting from the front row. But Series leader Ghiotto carved his way through the field, keen to make up for his result on Saturday. One by one, the Italian picked off his rivals to finish victorious for the third time this year. Ocon claimed second.

Ghiotto has extended his advantage in the Series over Ocon with four rounds remaining whilst ART Grand Prix continues to lead the way in the Teams’ Standings, with Trident in second.

The Monza circuit is known for its very high speeds which has many fantastic overtaking opportunities due to the tow the drivers can obtain. Thunderstorms have been predicted over the weekend. Pirelli have nominated the medium compound for this event.

“This year’s GP3 Series has provided lots of excitement: as the season is coming to a close it is still all to play for. In GP3 it will again be a question of tyre management over the course of the weekend. Monza is famously a very fast and demanding circuit but we are confident that our nomination is the best option for the GP3 race, which will take in a wide variety of racing conditions. In GP3, we’ve gone with a very soft choice: as this year’s medium compound is broadly equivalent to last year’s soft. This should lead to greater degradation and close competition all the way to the finish of each race. Monza is very close to our hearts as it takes place close to Milan, the home of our headquarters. We are also looking forward to seeing the new generation GP3 car for next year, which will be unveiled at Monza.”

• 16 year old Amaury Bonduel from Belgium will make his debut in GP3 in the Trident #28 machine. He has previously taken part in post-season testing last season.

• Brandon Maïsano from France will complete the Campos Racing lineup this weekend. He will drive the #25 machine and this will be his first race weekend in GP3.

• ART Grand Prix will run with just two drivers for this Monza event – Alfonso Celis Jr. will not be present in Italy.

• Carlin will field just two drivers for this weekend as Jann Mardenborough will drive their GP2 car, making his debut in the sister Series.

• Koiranen GP will run with two cars this weekend. The #10 machine of Adderly Fong will be vacant for this round.

• Esteban Ocon has made five consecutive podium appearances so far and equalled 2011 GP3 Champion Valtteri Bottas and Marvin Kirchhöfer with this feat. If the Frenchman scores a podium in Monza Race 1, he will set a new record.

• ART Grand Prix leads the way in the Teams’ Standings on 258 points. In second is Trident on 175 with Arden International on 158 points.

• Campos Racing claimed their first points in their rookie season of GP3, with Álex Palou scoring 12 precious points at Spa-Francorchamps.